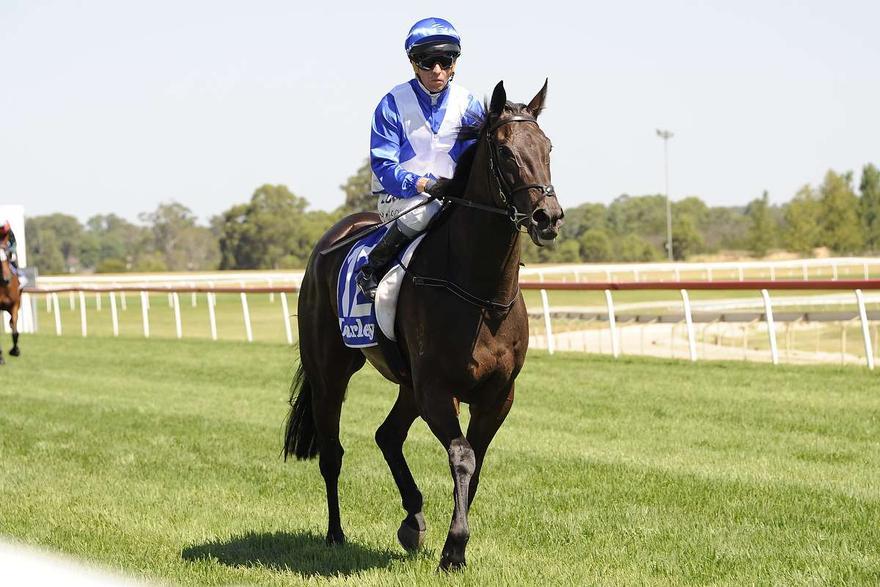 It was all smiles from prominent racing identity John Singleton as his impeccably-bred Happy Hannah found it all too easy in the All Too Hard Benchmark 67 3YO Open Handicap (1600m) at Warwick Farm on March 9.

From one of the most sought-after families in the stud book featuring More Joyous, Tuesday Joy, Sunday Joy, Thorn Park and Fenway, Happy Hannah settled towards the rear and expertly picked her way through the field under the guidance of Blake Shinn before unleashing a powerful turn of foot in the home straight.

The big striding filly caught talented stablemate Falkenberg in the final stages to record a 1.3 length victory, giving Snowden a quinella in the race.

While still learning her craft, co-trainer Peter Snowden was in awe of Happy Hannah’s performance and believes she has untapped ability.

“She is a lovely filly, who settled really well and showed a great turn of foot.

“It was a beautiful ride by Blake - he was back and wide early but crossed to the fence and got a lovely run and never panicked.

“She rounded them up beautifully and ran right through the line.

“She’s bred to be good and I feel very privileged to have a horse of her quality.

“She still a bit immature but is untapped and possesses great ability; there’s a lot more to come with her.”

Shinn, who sat on Happy Hannah for the first time could not have been more impressed.

“It’s a privilege to be riding such a classy filly going forward and it’s great to see the owners here to support their horse.

“She couldn’t have been more impressive.

“She spotted them five [lengths] at the turn but has a great turn of foot and hit the line really strongly.”

A sister to Golden Slipper winning stallion Sebring, Team Snowden were also pleased with the effort of runner-up Falkenberg, who displayed a spirited bid to fight back into second position after being headed by Moher.

“She’s another lovely filly going forward and showed a fair bit of fight.”

Should the Singleton-owned daughter of More Than Ready and Absolute Joy continue to step forward, the ATC Australian Oaks on Day 2 of The Championships(April 9) looms as an obvious prospect.