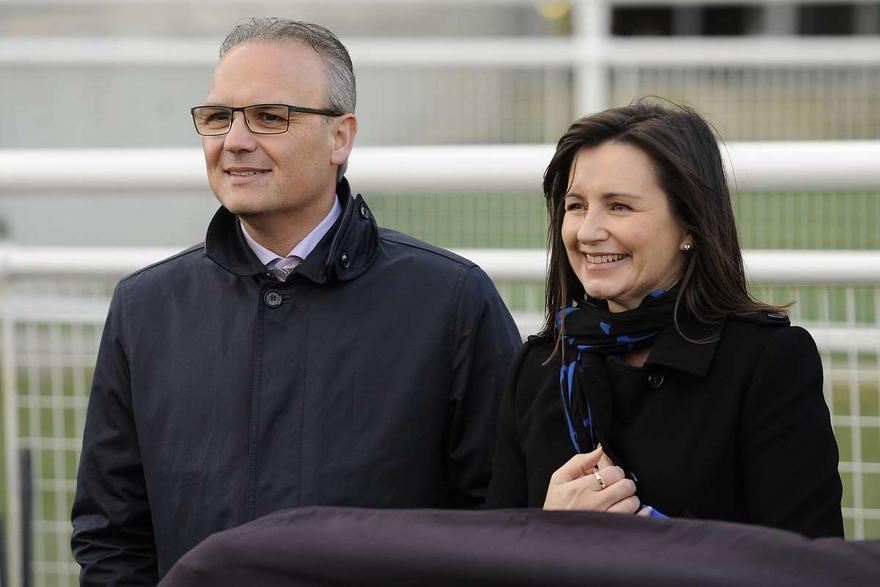 A grand-daughter of champion mare Alinghi, Regatta Rebel jumped away sharply for an all the way victory in the three-year-old maiden opener at set weights over a 1000 metres for Kerrin McEvoy.

Greg Kolivos was on hand to see his well-bred Redoute’s Choice out of Line Honours filly steal the chocolates by a length and a half over Not A Cherry.

“She showed potential early but has needed time and patience, so it’s paid off,” enthused Kolivos.

“Peter and Paul found a nice set weights race for her today.”

While she got slightly distracted with the big screen in the home straight, McEvoy believed the run was full of merit and that there’s plenty in store yet for Regatta Rebel.

“It was a good win; she bounced sharply and was able to control the race.

“She had a look at the big screen [in the home straight] but I was happy to see her win with a margin and there is more to come.”

Like the stablemate, Infinite Love jumped quickly from the gates and led all the way for a well fought victory, which co-trainer Paul Snowden was equally impressed with.

“She came off a very good trial on February 19 which set her up nicely for this win.

“She jumped really well and got through easy enough but what impressed me most was the way she stuck on and won.

“I think she’ll be better over further and with more pace in the race, because she was a little closer than anticipated today.

“Full credit to Kerrin though, he nursed her through that lull and then finished strongly.”

McEvoy wasn’t planning to be in the lead so early but had no option.

“She drew wide but jumped extremely well and I had to go forward as the horse I thought was going to lead me in wasn’t there in the end!

“She’s a bit more developed this time in and there’s plenty of improvement to come out of this race.”

Both fillies were purchased by James Harron Bloodstock for the Kolivos family.