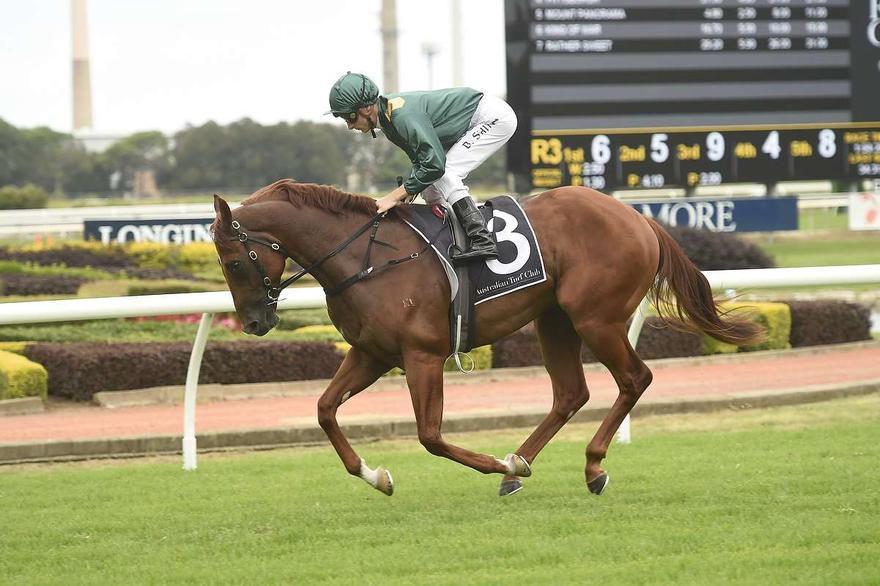 Despite missing the kick by two lengths, talented colt Defcon took out the $275,000 Group 3 Mercedes-Benz Black Opal Stakes (1200m) in dominant fashion at Canberra on March 6.

After trailing the field, the spruik son of Choisir out of Nuclear Force rounded the field on the home turn and galloped clear as the widest runner to post a strong length victory ahead of Flash Fibian with Prized Icon in third.

"Missing the start wasn't in the plan, but Blake adjusted to the situation and got a great result," said co-trainer Peter Snowden.

“Credit must go to the horse because he got there within himself.”

Prior to his Black Opal victory, Defcon had produced two impressive runs to finish second in both the Group 2 Silver Slipper (1100m) and the Group 3 Canonbury Stakes (1100m).

“Each of his [three] runs have had great merit to them because he’s travelled wide with no cover, so it’s good to finally break through for a win. "

Shinn, who’s in career best form and well known for his cool attitude in the saddle, said was it was a wonderful win by the hot favourite despite bobbing his head down once the gates opened.

“He bobbed his head at the start, and we were on the back foot, so I just had to play it very cool and reassess,” Shinn said.

"I knew he had an amazing turn of foot and I rode him for that and thankfully they went hard enough and it worked out.

"Traditionally this is a good lead-up towards the Golden Slipper, it's got form lines around some good horses and there's no reason to suggest he couldn't go there and run well because he's shown he can run a strong 1200m.

“He's certainly worthy of a place in the Golden Slipper."

Team Snowden will assess how Defcon comes out of the race and discuss future plans with the horses’ high profile ownership group and make a call in the next few days as to whether they line up in the $3.5 million juvenile event on March 19.

In the meantime, Defcon’s Black Opal win is Peter Snowden’s second success in the race, having trained Epaulette to victory in 2011.