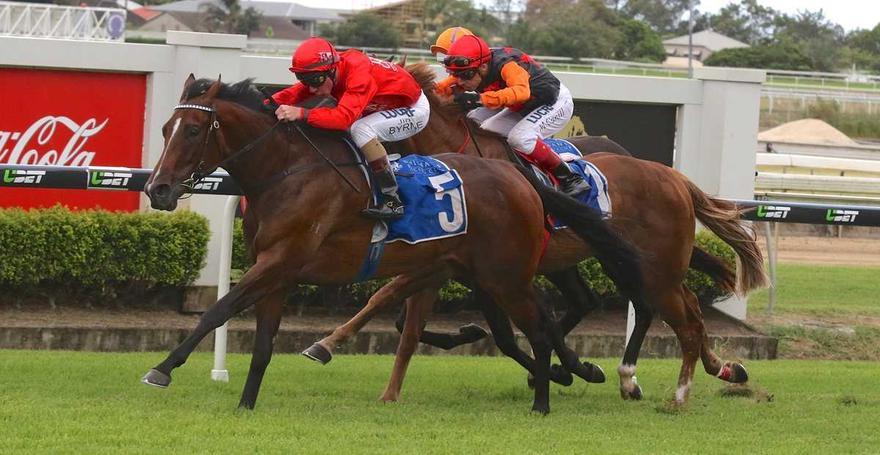 Ridden by leading hoop Jim Byrne, the daughter of Denman was well supported by punters into race favouritism and fittingly, didn’t let supporters down when she surged home late to get the better of Big Tree by three-quarters of a length with Taillevent, a head away third.

While Peter and Paul Snowden were unable to attend the meeting north of their home base to see Secret Trail enjoy a 4.5 kilogram drop in weight, dedicated part-owner Graham Radloff made the lengthy trip from Adelaide to watch the filly win her second race from seven starts.

When speaking with Racing Queensland journalist Glenn Davis, Radloff outlined his justified journey to Doomben and satisfaction in winning.

“I had to get up at five o’clock this morning to get here from Adelaide but it was all worthwhile.

“We were hopeful she’d win after she dropped nearly five kilos in weight.

“She likes it up here after she won at the Gold Coast the last time she was here a year ago.”