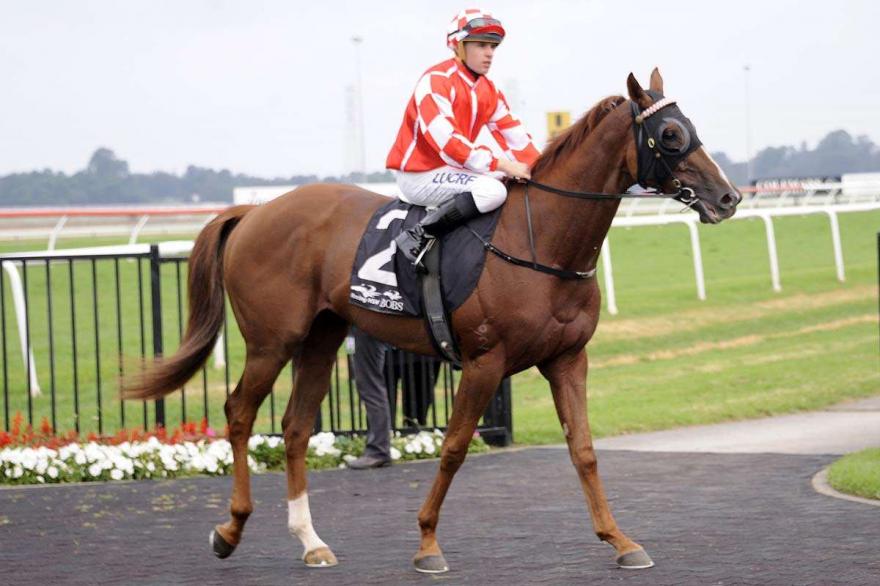 Bagua raced to an impressive victory in the $22,000 Mullet Creek Mile Maiden Plate (1600m) at Kembla Grange on April 16.

After jumping beautifully for in-form apprentice Travis Wolfgram, Bagua relaxed early, led the field and controlled the tempo  until  Adam Hyeronimus aboard Hit The Floor, took matters into his own hands at the 1000 metre mark to put more speed in the race.

The thee-year-old gelding son of Husson took a comfortable sit behind the leader until Wolfgram hit the go button at the 300, where he then headed Hit The Floor, simply proving too strong in the final stages of contest.

“That was a terrific win and a terrific tactical ride,” said co-trainer Paul Snowden.

“He had full control of the race and was in for the fight at the 100 - so when they pull away and win like that, it’s all you can ask of a horse.

“Connections should have a bit of fun with him.”

Owned by Lyn Snowden, daughter Lisa Snowden and a raft of extended family and friends, Bagua has earned $24,500 in riches for one win and third from eight starts, while giving Team Snowden its 96th win for season 2015-2016.