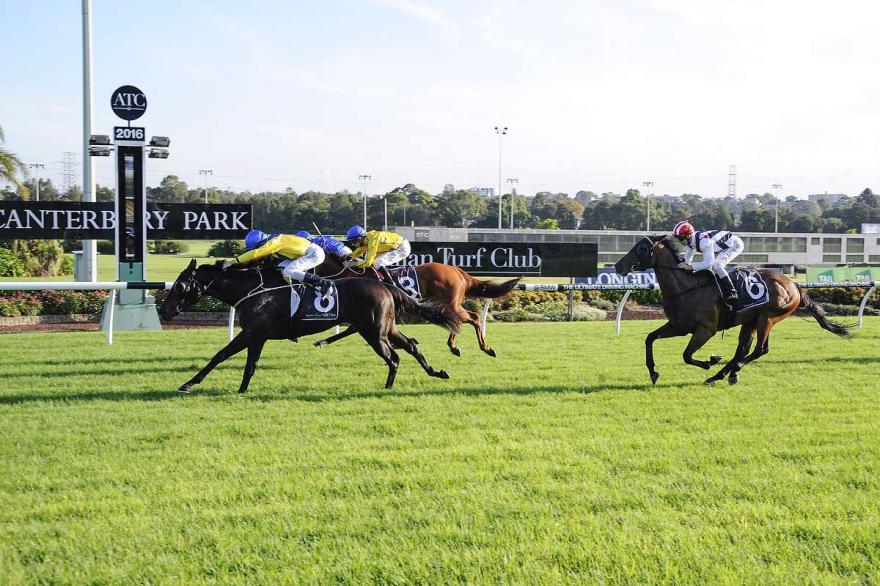 The promising daughter of Street Cry who was purchased for $1,050,000 at the 2014 Inglis Easter Yearling Sales by Sheikh Mohammed bin Khalifa Al Maktoum, had to do it the hard way by travelling four wide for a large part of the journey.

The extra distance covered didn’t bother her though as she convincingly fought off challenges from Conarchie and a fast finishing Sampeah in the closing stages.

“We got a little further back than what we wanted but she proved far too good and it was great to see her win again,” explained co-trainer Paul Snowden.

‘This filly didn’t get any favours and had to work mid-race but her ability shone through.”

Team Snowden have always kept Maraam restricted to only a couple of runs per preparation because she wasn’t physically strong enough to handle anymore but now that seems to be changing.

“She’s really starting to blossom, to the point where a Brisbane campaign might be on the cards, but we’ll let her tell us what she wants to do,” added Snowden.

While he admitted it wasn’t one of his best rides, Sam Clipperton was impressed with the way Maraam hit the line.

“She jumped a bit awkwardly which cost me getting a good position but the leaders stopped pretty quickly and I was in the clear.

“She stayed nice and balanced, travelled well in her comfort zone, and it was a good win.”

As reported by Breednet, Maraam is the second winner for her race winning dam Munhro, a half-sister by Lonhro to Group 3 winner Colour from the True Blonde branch of the Easy Date family that has given us Golden Slipper winner Forensics.