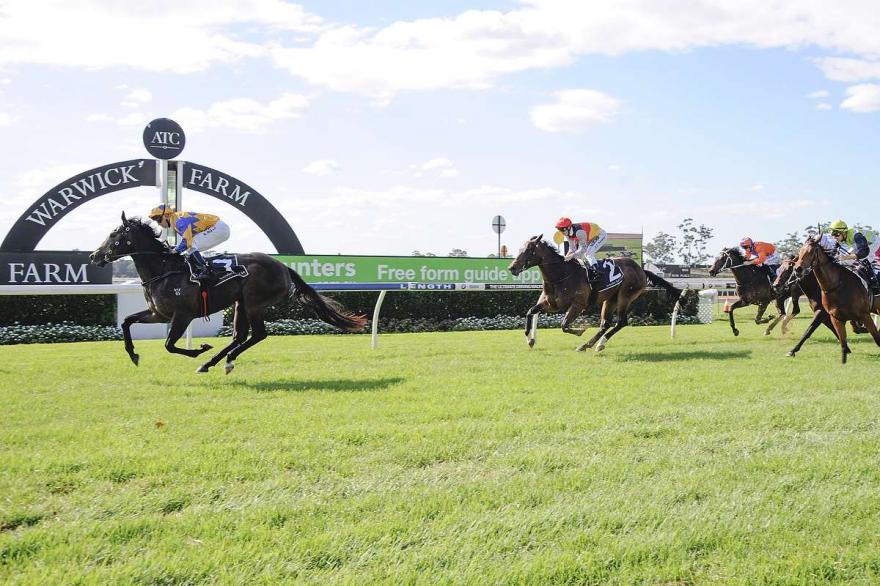 A small bit of faith was all it took from Team Snowden for sassy filly Faith’s Encore to score on debut in the All Too Hard Handicap (1100 metres) at Warwick Farm on Wednesday 4 May.

Faith’s Encore jumped well and tracked beautifully in to the race, albeit a tad green at times, under a strong hold from Kerrin McEvoy.

Once the Denman filly bullocked her way clear mid-way down the home straight it was all over with an eventual 2.5 length victory over Ominya.

“She’s only trialled twice at home, so it’s good to see her bring that trial form to the raceday because we were close to tipping her out after her last trial but we wanted to give her the chance ,” explained co-trainer Paul Snowden.

“She’ still immature but handled herself very well and will take a lot of experience and improvement out of the run – so we’ll see how she pulls up.”

Paul was also full of praise for Faith’s Encore breeders-owners Don and Judy Kelly who have long been friends of the family with the win giving the stable it’s 99th winner for the season.

“Don and Judy have been great supporters of the stable and it’s great to get a win for them.

“They bred and raced Great Endeavour and it’s a pleasure to have people like that in the stable.”

McEvoy who ironically used to ride her mother Faith Hill was extremely impressed and confirmed the filly’s ability.

“She drew a nice gate to get a nice run, and has got a nice amount of ability. Will only improve.

“She wanted to over-do it a little mid-way through which I had to correct, but once we balanced up she had a little look when she hit the front but then put the race away.

“Once she fills into her frame she’ll make a very nice filly.”