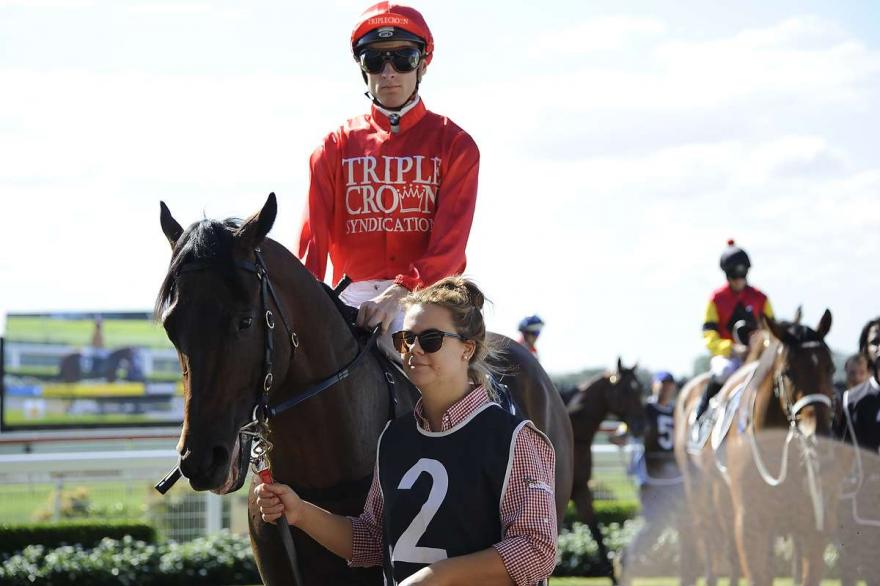 Smart two-year-old colt Jericho raced to glory in more ways than one in the $40,000 Pro-Ride Maiden Handicap (1100m) at Warwick Farm on Wednesday 4 May.

At his second race start, the talented son of Smart Missile also became the 100th winner of the 2015-2016 season for Snowden Racing, who reached the milestone within just two years of being in business.

"It's a big buzz for the stable to get 100 winners and we wouldn’t be here without the backing of our loyal group of owners, and fantastic team of staff.

“At the end of the day, it’s about getting the best out of our horses and seeing them grow and develop into winners,” said co-trainer Paul Snowden.

Jericho,a city winner after just two career starts which includes a debut fourth behind Group 1 Sires Produce winner and Golden Slipper runner up (to Capitalist) Yankee Rose, had to earn his Warwick Farm win making his moves at the 600metres before knuckling down in the final stages to hold off a fast finishing Virgilio by a long head.

"That was a gutsy effort and good performance – he showed what he was made of and there will be more wins in stall for this guy.

“We'll give him every opportunity to get up to Brisbane now,” said Snowden.

"He's bred to get a bit further. He's heading the right way and now it's about time he stands up and we can see where he sits against everything."

Blake Shinn has every intention of sticking with the juvenile who really had to knuckle down to finish off the job.

“He did a great job because had to knuckle down to his task and he’s only going to benefit a lot from that run.

“I like him a lot. He’ll go to his next start a much more furnished racehorse.”

An on riding the 100th winners for the stable, Shinn add, “They [the Snowden’s] are master trainers. Every time I ride a horse for them I’m very confident they are going to run a good race.”