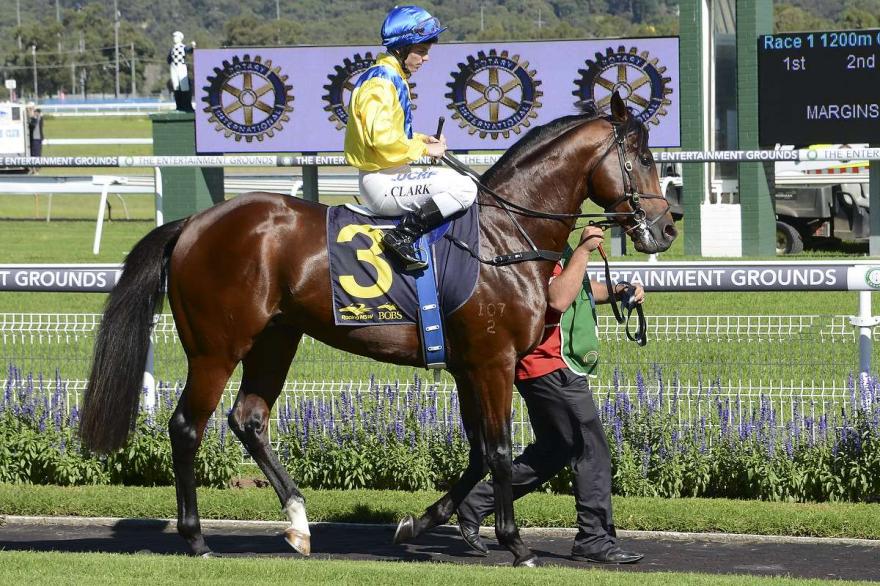 Imposing three-year-old colt High Spirit broke through for victory in the $22,000 Central Coast LDV CG&E Maiden Plate (1200m) at Gosford on Thursday 5 May.

Having returned from a 92-day break between races with the benefit of one trial, the promising son of High Chaparral jumped well from barrier two before jockey Tim Clark slotted in mid-field to track Rainbow National.

It was at the 400 metre mark however where the race-favourite really knuckled down to made his move outside of runners, requiring every inch of ground before reeling in the leaders to record a 0.3 length victory ahead of Bold Looker.

“He's still learning his craft and really needed to work in the home straight to get to the line in time but he got the job done and it was great to get a win for Sheikh Khalifa,” said co-trainer Paul Snowden.

“We’ve had to take our time with this horse and let him develop in to that big frame of his, but being by High Chaparral, he’ll only get better the further he steps up in distance and will take great improvement out of today’s run.”

High Spirit boasts one win and three metropolitan placings from five career starts with over $40,000 in prizemoney.