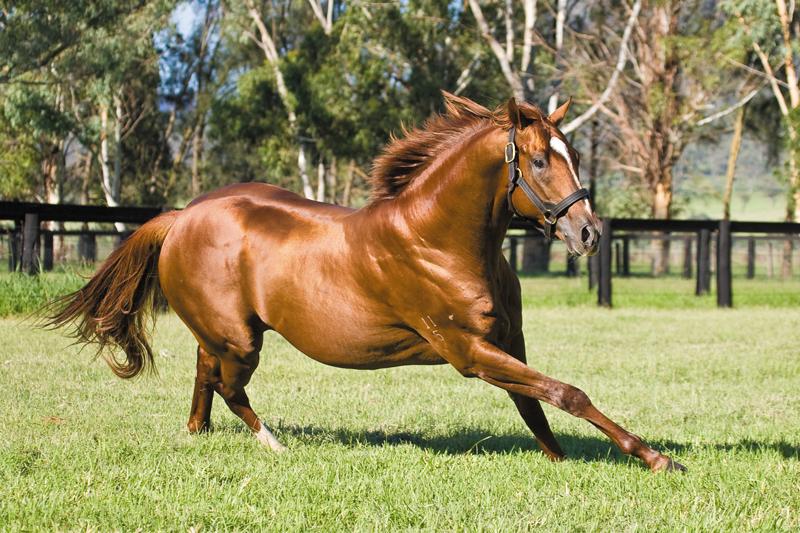 Brilliant colt Acatour put in a breathtaking performance to win The Schweppes Plate (1250m) on debut at Canterbury on Wednesday 11 May.

Racing in James Harron Bloodstock’s green and gold epaulette colours, the son of Sebring (pictured), literally, sprung out of the ground in the dying stages to steal victory over Palladini.

The imposing colt looked in a seemingly impossible position at the 200 metre mark but under vigorous riding from Blake Shinn and a sharp move to the outside to gain clear galloping room, he pulled the bunny out of the hat,

"He was always doing his best work late in the trials, and over today’s distance I thought he might do something like that,” said co-trainer Peter Snowden.

“This guy just needed some time to mature and grow out so he’s only going to get better.”

"He had no pace early, he wasn’t sure about it all being his first time at the races, but there is a lot of natural ability there – it was very impressive,” said Shinn.

"It’s hard to come from that position at Canterbury with the rail out eight metres. He’s a promising horse with a very bright future.”

The win secured a back-to-back wining double for the stable with impressive filly Yuma Desert taking out the first event.