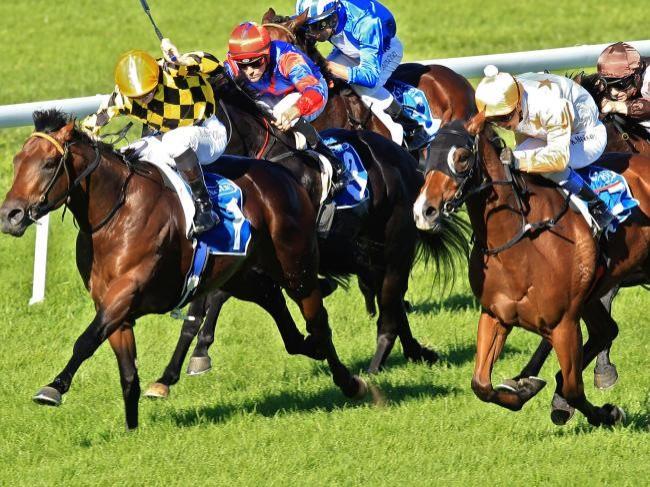 Serene Majesty gave Team Snowden a huge winning double at the famous Scone Cup Carnival following Pajaro’s Cup win, when she took out the $400,000 Inglis Scone Guineas (1400m) on May 14.

Ridden perfectly by Kerrin McEvoy, the three-year-old Fastnet Rock filly enjoyed a conservative journey throughout until she was given the opportunity to wind up and power home down the middle of the track, to nab race-favourite Spill The Beans on the line.

Not to the surprise of the stable, Serene Majesty (pictured on the outside) turned the tables on Hawkesbury Guineas winner Spill The Beans giving Snowden Racing and her group of connections their first Scone Guineas win.

"Last time out at Hawkesbury she was up on the speed which is not her go, she was on the inside and she over-raced," explained co-trainer Paul Snowden.

“We actually thought it was a massive run by the filly last start.

“Today was a different story though and Kerrin gave her a perfectly timed ride – it just all came together .”

Owned by a majority of Black Caviar connections lead by Neil Werrett, Serene Majesty became the third filly in successive years to win the race after Cosmic Endeavour (2014) and Loved Up (2015).

A decision will be made this week as to whether Serene Majesty remains in training for the Brisbane Winter Carnival or heads for a spell with a view to bringing her back in the spring.

“It’s a run by run case with this girl because she has been up a little while,’’ said Snowden.

“Brisbane is tempting but there are also great options for her in the spring.’’