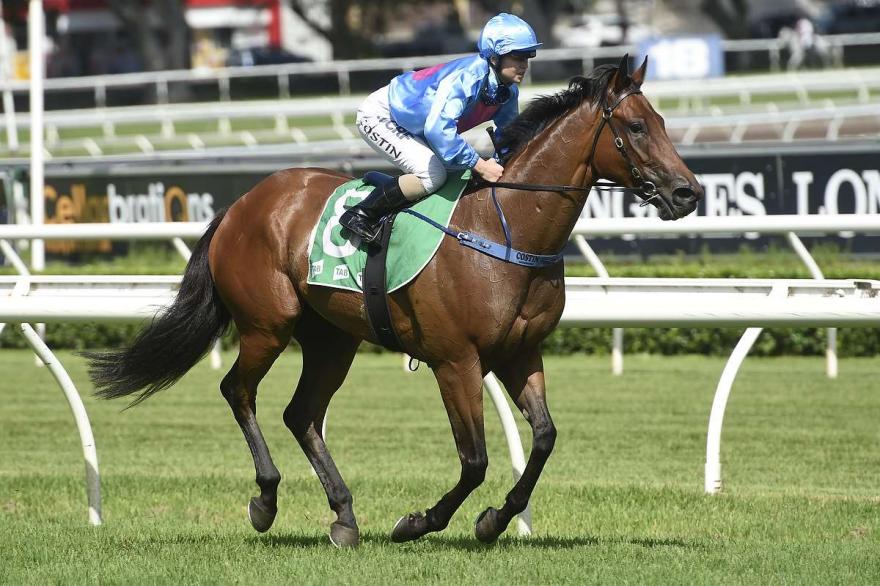 The five-year-old son of Snippetson enjoyed the hot speed up front which set up a perfectly timed-run by Blake Shinn to come from behind and nail race-favourite Religfy on the line in an upset win.

“Full credit to the horse he did a great job, he’s no superstar but he’s very genuine and put his best foot forward today," said trainer Peter Snowden.

The horse didn’t have the race tempo to suit last time out in the Listed Prime Minister’s Cup at the Gold Coast where he finished a narrow second to Coolring but today proved a different story which allowed him to showcase a devastating turn of foot.

“He got a fair way back and they ambled up front in the Prime Minister’s Cup last start so today with a more genuine tempo, it set it up and he did it well."

“He will most likely head to the Group 2 QTC Cup on June 4 as opposed to the Stradbroke, as he’s probably not up to Group 1 class but we’ll discuss with the owners first before making any decisions.”

Jockey Blake Shinn was able to get the son of Snippetson into a nice rhythm.

“The horse has been placed particularly well and Peter and Paul (Snowden) have him going great guns,” said Shinn.

“He got in well at the weights and just kept trying all the way.

“I had a slightly awkward draw but was able to navigate across pretty easily then manoeuvred into the clear on the corner and then he knuckled down and had the desire to win which got him over the line.”

In another delight for the day, Team Snowden won the UBET Super-Six Trainers Challenge for the second consecutive week, sharing the lead with Chris Waller.