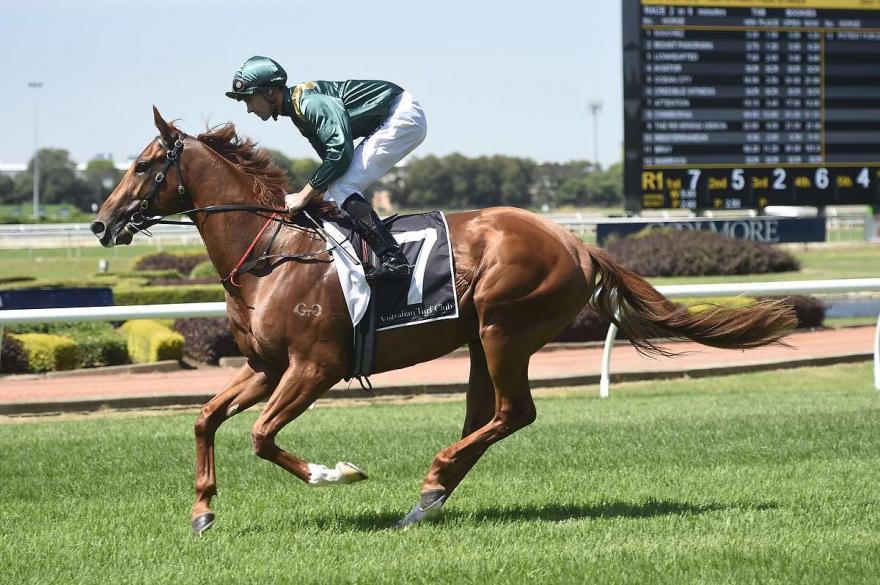 Peter and Paul Snowden once again highlighted their ability to get the best out of their two-year-olds when Attention galloped to victory in the Group 2 Mitavite BRC Sires' Produce Stakes (1350m) on May 28 at Doomben.

Purchased by James Harron Bloodstock at the Inglis Easter Yearling Sale, the handsome son of Stratum out of Flamboyance used early gate speed to settle outside the leader and basically dominated from there to beat Dreams Aplenty by 0.3 of a length.

After coming off a credible second in the Group 2 Moet & Chandon Champagne Classic (1200m) on May 14, Blake Shinn absolutely nailed the tempo of the BRC Sires, giving Attention every chance of finishing the job off.

“The step up to 1350 today suited and he able to dominate from the front. I think he will run the mile. He does everything right and takes everything in his stride, which is a big asset to have,” said Shinn.

“He’s an imposing horse and a great looking two-year-old but full credit to Team Snowden; they map out their programs perfectly and this horse is no exception.”

Paul Snowden believes the colt has matured beautifully in recent weeks and is a top chance to acquit himself in the Group 1 JJ Atkins over the mile in a fortnight at Eagle Farm.

“It’s been a fruitful time for the stable and the support from owners such as James Harron and his wider connections has been terrific.

“Terrific win. This horse seems to settle a great deal better in his races now, and can sustain a run, so I don’t think a mile is going to hurt him.