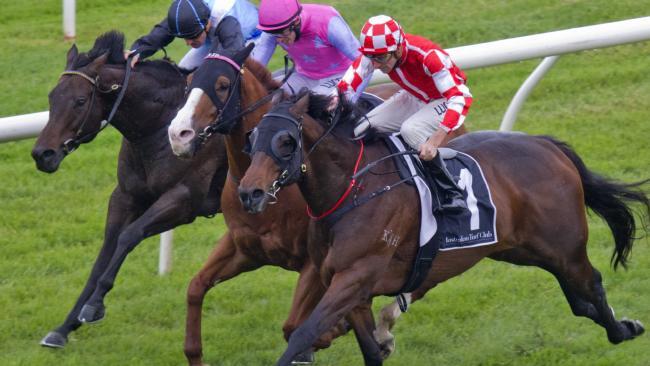 That’s A Good Idea carried the biggest weight any winner has shouldered in Sydney this season lumping 62 kilograms to victory in the $85,000 Wilson Management At Sea Handicap (1100m) at Randwick on May 28.

Jumping superbly from barrier 5, That’s A Good Idea raced on the pace with Oxford Poet which resulted in a ding dong battle in the home straight with Inz’n’out joining in late. Needless to say, the six-year-old son of Flying Spur finished on top, leaving co-trainer Peter Snowden in slight disbelief.

“We’ve had this horse a long time and he’s a difficult one to place because he doesn’t like wet tracks, but we got him here in the best physical form we could and to his credit, he struck it out very well and showed his class.

“It was a patient ride and a lot of merit in the win.”

In-form jockey Tye Angland rode a terrific race under testing conditions to get the best out of his mount, marveling at just how courageous the effort was.

“It was a super win. I sort of ruled him out when we got this rain but his run at Scone the other week was really good even though those track condition didn't entirely suit him either,” said Angland.

“His courage got him home," added Angland.

With almost $700,000 in the bank from 35 career starts (nine wins, five seconds and seven thirds), That’s A Good Idea will possibly head to the Group 3 WJ Healy Stakes (1200m) at Eagle Farm on June 25, a race his stablemate Dothraki, won last year.