Ravi All The Rave 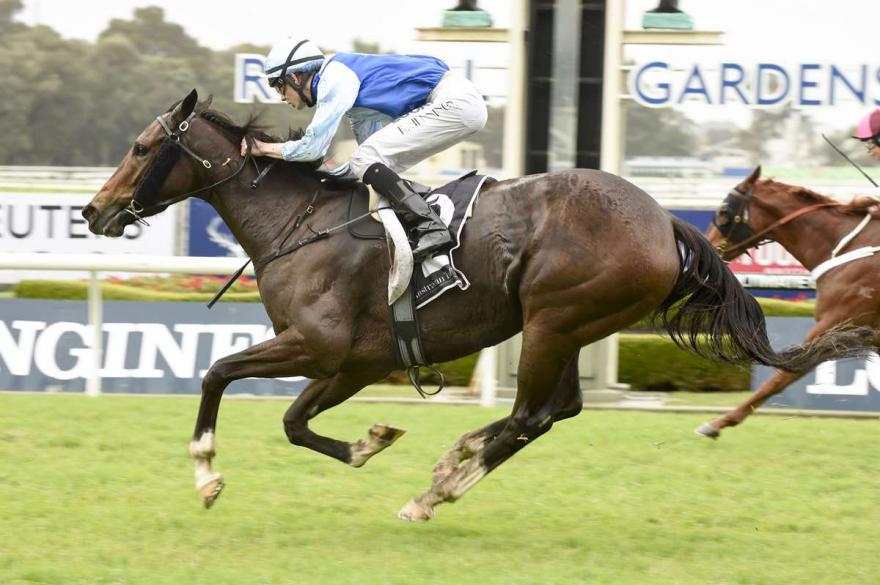 Redoute’s Choice filly Ravi made it three wins on the trot thanks to a superb effort in the $85,000, New Caledonia Travel Connection BenchMark 78 Handicap (1200m) at Rosehill on June 4.

Carrying 57 kilograms on a heavy 10-rated track, Ravi enjoyed a patient ride under apprentice Koby Jennings who had the three-year-old settled out back, before navigating towards the outside at the top of the straight where she was able to gain momentum and unleash an incredible turn of foot in the last 200 metres.

“That last 200m was very special and to do that on a heavy track was a good effort,” said co-trainer Peter Snowden.

Snowden believes the Kia Ora Stud bred-and-owned filly will furnish into an impressive four-year-old and looks forward to the spring ahead.

“She will furnish into a lovely mare so we will look towards the spring now and try and pick up some black type with her.

“I think she has done her job for now. I was really chuffed with that win, it was very good,” added Snowden.

Ravi's victory also marked the beginning of a four win streak at Rosehill for Jennings in what was a career highlight.

“I found a nice spot at the top of the straight and she showed a turn of foot which was exactly what I needed. It was a great win,” said Jennings.

From seven career starts, the ever-consistent filly has won four races and placed second and third once, with close to $200,000 in prizemoney.