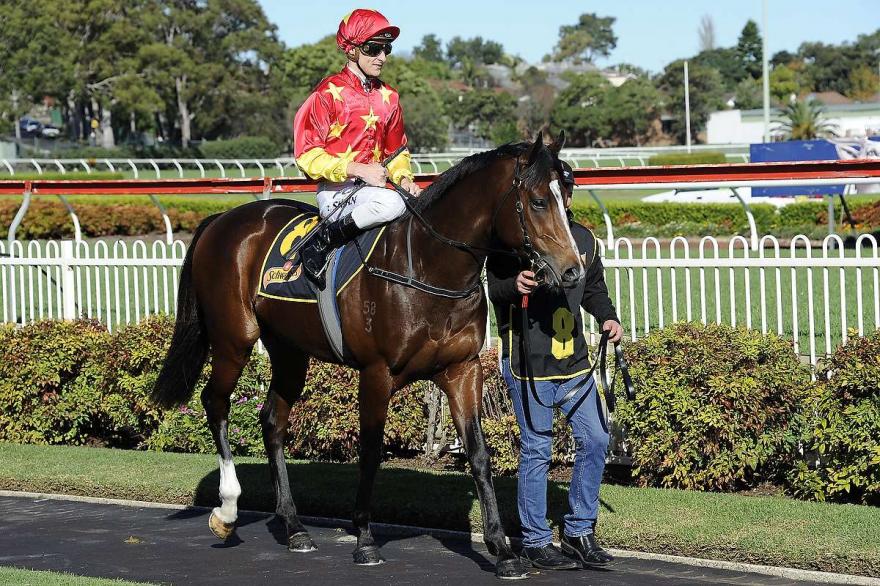 It’s not often a protest gets upheld but that’s exactly what happened for connections of Russian Revolution who was awarded first place after suffering interference in the final stages of the $40,000 Schweppes Handicap (1100m) at Canterbury on June 8.

The promising son of Snitzel jumped perfectly from barrier 5 on debut and shaded the leader, race-favourite Diamonds Are, until Blake Shinn asked the colt to extend at the 300 with a final surge at the 150 metre mark, only to miss by half a head on the finishing line.

From the side view it was hard to tell that Diamonds Are in fact drifted out on to Russian Revolution in the last 50 metres, but the head on vision clearly depicted this interference which according to Shinn, affected his mount’s momentum

“My horse was shifted out three-four horse widths and I feel that stopped his momentum,” Shinn told the stewards.

Stewards deliberated the incident before quickly overturning the result, declaring Russian Revolution the victor as the shift by Diamonds Are was deemed to have influenced the winning margin.

Both horses put a five-length gap on the third placegetter Dream I Can, showcasing their above average talents.

“He’s an above average colt who’s just needed a little time to mature and develop in to himself,” said co-trainer Peter Snowden.

“I liked the way he showed early speed and then chased down the leader. He showed real determination and a good turn of foot once he put it all together. It was a great result.”

A $320,000 Inglis Easter purchase for China Horse Club by Michael Wallace, Russian Revolution carries their notable red and yellow colours and includes Newgate Farm among others in the ownership group.
According to Breednet, he is the fourth winner from four foals to race out of Ballet D’Amour (USA), a Stravinsky half-sister to stakes-winner Taletobetold from the family of Fanfreluche that has also produced champion sires Encosta de Lago and Flying Spur.

Now in the ownership of the Bateman family, Ballet D’Amour was covered last spring by Group I VRC Australian Guineas winner Wandjina, so will produce a three-quarter sibling to Russian Revolution this year.