Historic Win For My Country 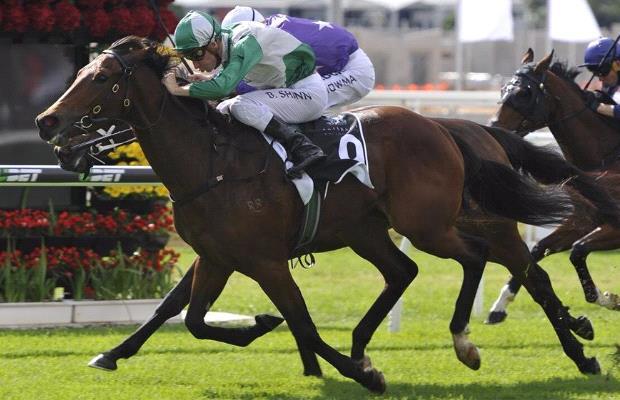 My Country made history at Eagle Farm as the first winner on the newly renovated racetrack when she saluted in the $100,000 Listed Lancaster Stakes (1200m) on June 11.

Ridden by Blake Shinn, the smart daughter of Poet’s Voice began well to take the early lead before settling just off the pace on the fence behind Irish Sea and Amajardan.

Shinn bided his time before maneuvering My Country off the rail and into the middle of the track for clear galloping room where they were able to fully extend and take down race favourite Invincibella by half a length.

“It was a big step up for her, and she did a great job. She gave me a great feel and now we’ve got some valuable Black Type against her name.” said Shinn.

“We had Brisbane in mind for her for some time and the lead up win at Kembla was very good and reassured us.

“She’s a progressive filly with a very good turn of foot and I think she can go on to win more stakes races, but whether she is a sprinter or filly that will get further, time will tell.”

With three wins and a second under her belt, My Country will now enjoy a short spell before coming back for the lucrative spring as a three-year-old.