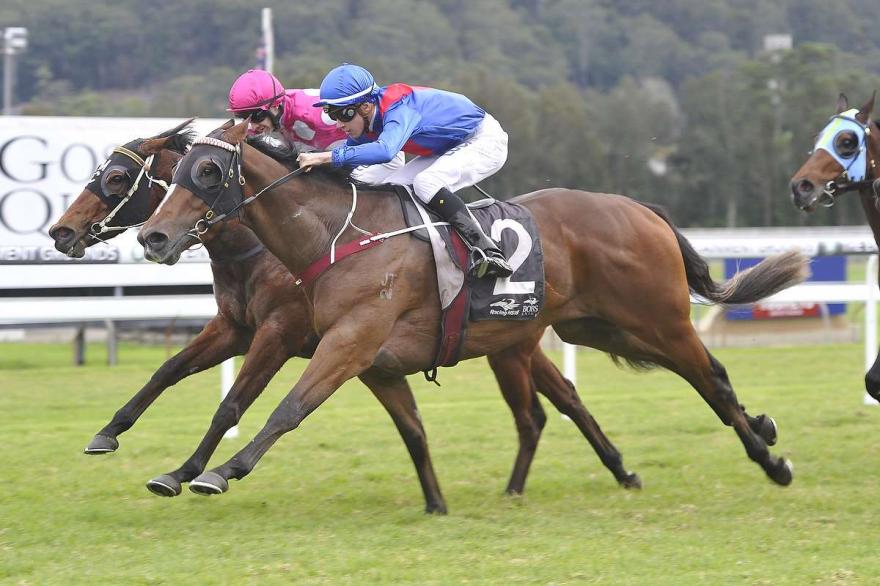 Snitzel Knight produced a second career win when he galloped away with the $22,000 Erina Leagues Club BenchMark 65 Handicap (1200m) at Gosford on June 17.

Team Snowden took advantage of a three kilogram weight relief (from 60kg down to 57kg) by partnering the burly son of Snitzel with claiming apprentice Nick Heywood.

With the track playing to on-pace runners, Heywood rode the three-year-old a tad closer than usual but that didn’t worry the pair who initially settled third and then fourth in the leading pack before unwinding in the home straight and letting down in the final 100 metres, to get the better of Tennessee Hussy by just over half a head.

“That was a nice win and Nick rode him well considering how the track was playing,” said co-trainer Paul Snowden.

“He’ll go out for a spell now and we’ll look to bring him back for the spring and work him through his grades.”