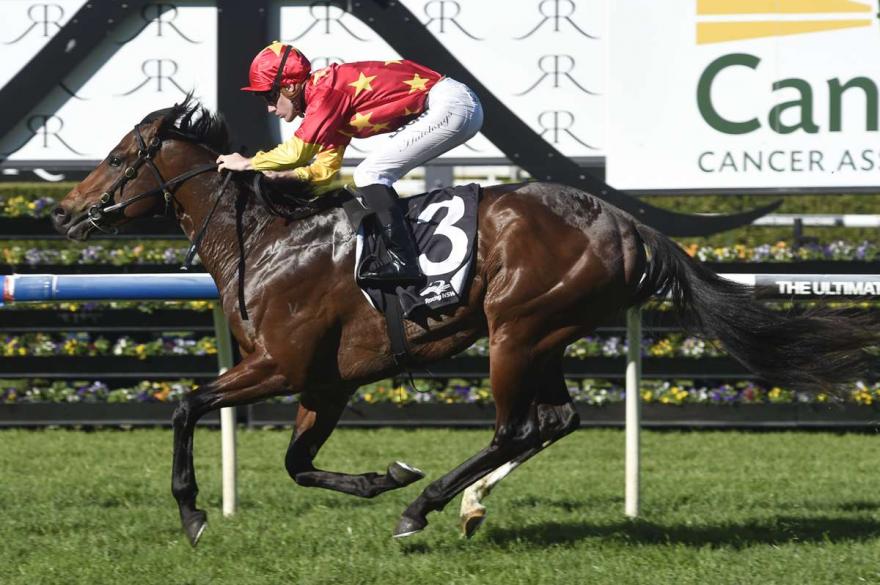 Promising colt Russian Revolution maintained his unbeaten record in superior fashion when he took out $85,000 Can Assist Volunteers Plate (1200m) at Randwick on June 25 in class record time of 1.10.83.

Racing in the China Horse Club colours, Russian Revolution showed early speed and held the rail under Rory Hutchings, before dashing clear at the 400 metres and making it a one-act affair to beat Morton’s Fork by two lengths.

After winning on protest at Canterbury on debut earlier this month, Russian Revolution stamped this race win with authority, leaving no doubt in co-trainer Peter Snowden’s mind that the son of Snitzel offers above average ability.

“You can’t get too carried away with winter racing but in Sydney the two-year-olds we have seen in the last three or four weeks have been well above average and this colt is one of them.

“He is a lovely horse who has always shown good ability and I am happy he was able to bring his form to the races and win with authority.

“There is more improvement to come,’’ added Snowden.

“Russian Revolution was very impressive and went through his gears very quickly. He won quite comfortably and if there was something to go with him he would have found more."

“He was having a good look around in the straight so I just wanted to keep him balanced.”

Russian Revolution is now likely to have a couple of weeks rest, before returning for the smarter spring races as a three-year-old including a possible tilt at the $1 million Group 1 Golden Rose at Rosehill on September 10, a race which Peter Snowden has won with Denman, Epaulette and Forensics.

"He’s now likely to have a couple of weeks off and come back for a race like the Rosebud. If he can measure up he could potentially race through to the Golden Rose, but he has to earn it.

“There are also few nice sprint races to consider for him.”

Russian Revolution’s win was the first leg of a Randwick double for Team Snowden with stayer Not A Gypsy living up to expectations later in the afternoon.