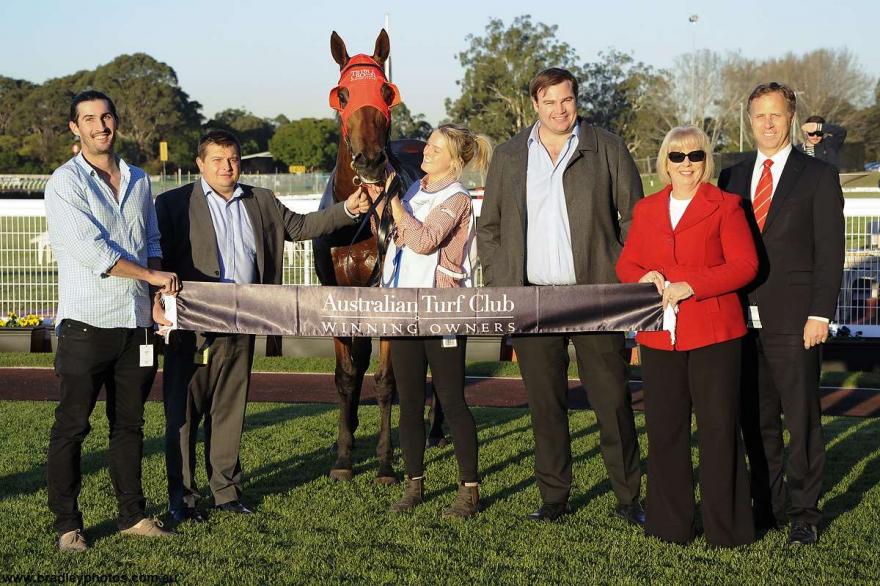 In what was essentially ‘dee-day’ for the four-year-old gelding, Rock Mylady bounced back with gusto from inconsistency since he last won on May 6 at Warwick Farm and two under par runs this preparation to prove he is still a valuable commodity for Triple Crown connections and Team Snowden.

Partnered by Kerrin McEvoy, the son of Road To Rock greatly benefitted from a drop back in grade which saw him carry 60 kilograms on an improved track surface (soft 5) following a previous outing on a heavy 10 at Rosehill on June 4.

After making the most of his inside barrier draw, Rock Mylady jumped well and settled beautifully along the rails just behind the leading pack until McEvoy hunted up just after the home turn to secure an honest 0.1 length victory ahead of a fast finishing Our Beatnik.

“Today was more or less dee-day for the horse so it’s great to see him get the job done. He’ll take confidence from this which will put him in good stead,” explained co-trainer Paul Snowden.

“He had his fair share of weight to carry, but Kerrin rode him well and cut the corner even though he entered a little bit of dodgy ground, but once we got balanced up he really let down well.”

McEvoy, who continues to enjoy enormous success this season, was delighted with the win in the last.

“A few things went right for him. He was back to Wednesday grade, blinkers on for the second time, and we drew a nice gate which helped us get a nice run.

“We began better, had a great run behind them and managed to save ground on the corner along the rails so it’s good to see him back in winning form.

“He’s a big strong horse who can carry weight so the drop back in grade really suited him.”