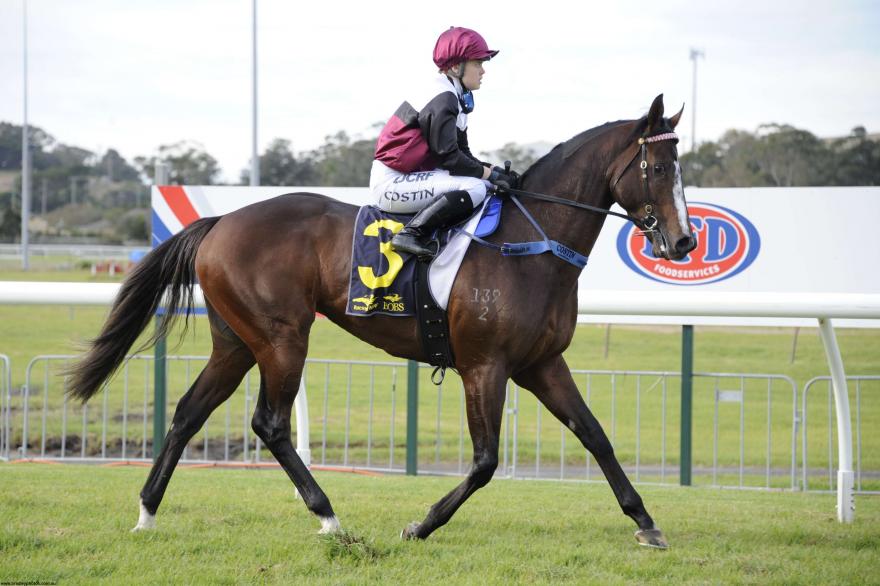 Imposing three-year-old colt Zaunkonig took out the Omega Altise Cooling 3YO & Up Maiden Plate (1400m) with ease at Kembla Grange on June 5, giving Team Snowden their 37th winner at the track.

Having resumed from a 30 week spell, Zaunkonig jumped well for Winona Costin to settle in second position where the pair stalked race leader Zariz Alwyns.

The son of Northern Meteor out of Zabeel-mare Zaiyda worked his way into the race at the top of the home straight before knuckling down and careering away in the final stages to safely hold nearest rival, race-favourite Prescience, by 0.5 of a length.

Co-trainer Peter Snowden who was at Kembla Grange, indicated the big colt has a bright future and will appreciate greater distances due to throwing to his dam’s side and the offering a long and loose stride.

“He’s still learning but he jumped well, relaxed well and showed a nice turn of foot. I think he’s got a future.

“He’s also going to get a lot further than. Even though he’s by Northern Meteor, he takes after the dam and he’s got a long and loose stride – a typical stayer’s action.

Rising star Costin handled Zaunkonig perfectly to put herself back in the winners’ circle which has been somewhat ad hoc this season due to a series of unlucky runs and injuries.

“He relaxed beautifully in the run which gave him a chance to find the line and I was very happy with him,” said the senior apprentice rider.

“When the other horse came at him he picked up again which is always a great sign.”