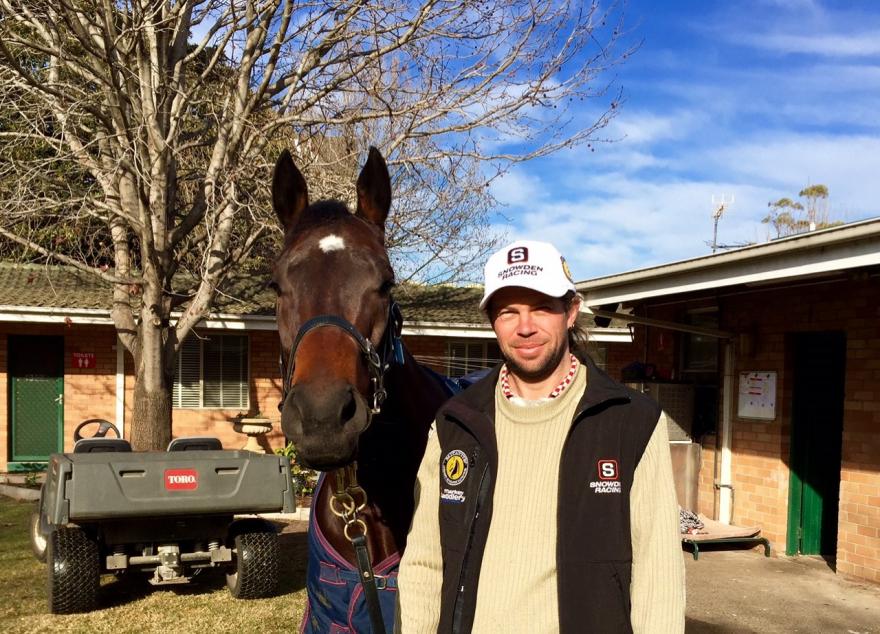 Life can often provide ‘sliding door’ moments which help propel us into a certain direction or open up opportunities. Snowden Racing’s Stable Foreman Dan Zupin had one of those moments twenty-five years ago which altered his life.

Riding a push bike through Sydney’s spectacular Centennial Park, Dan was suddenly confronted with a runaway horse from one of the equestrian riding schools. Without hesitation, or any horse handling skills, he chased the riderless horse down, caught it and walked him back to the stable.

The then 15-year-old was thanked by the riding school and promptly offered a job to ‘help out’ at the stable and there began his love affair with horses.

To bump up income streams, Dan also worked in hospitality where he managed a staff roster of 70 people, and also played his hand at landscape gardening, but it was a career in thoroughbred racing that lured him permanently.

A twelve month stint as a strapper with the late Bart Cummings was Dan’s entrée card to racing, before nine successful years as stable foreman, strapper and trackrider ensued with Anthony Cummings, and later John O’Shea.

“After working at Bart's I travelled around Australia, and on return to Sydney I got a job with his son Anthony and progressed from there.

“Once Peter and Paul established themselves at Randwick, (fellow stable foreman) Lindy Wharekura set up an opportunity for me join the team as a foreman and it’s been great."

As stable foreman, Dan manages Barn A which has 24 horses, and six staff under his care.

What’s the key to effectively managing a barn? Being hands on and getting the best out of your staff – which means plenty of communication. I’ve got a great bunch of staff to work with and managing a roster of 70 workers all those years ago has definitely helped.

What makes Snowden Racing successful? It’s the whole set up of the operation and they don’t rely on the vets as much as some others do, instead they’re reliant on their own eyes and judgement.

Favourite horse? None. I get as much enjoyment out of seeing a maiden winner as I do seeing a Group 1 winner.

What about the obscure working hours of stable life? It’s the only job in the world worth getting up for at 3am!