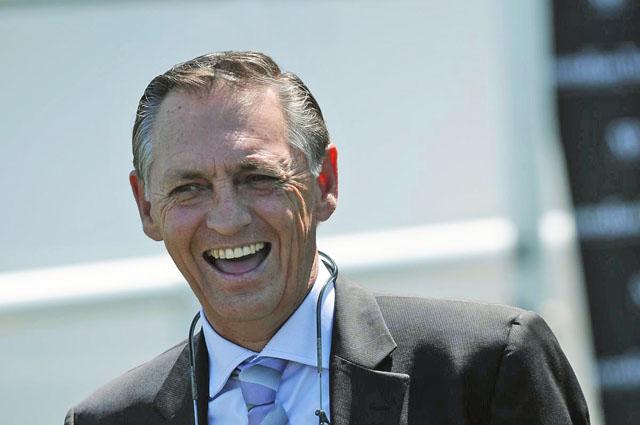 Part of a trainer’s job is to get to know their thoroughbreds as intricately as possible, being their family traits, habits, personality, temperament, maturity levels and physicality to get the best out of their horse.

Here, Peter Snowden discusses the importance of this ‘homework’, and how it can produce winning results as he explores his involvement with three elite generations: Octagonal, Lonhro and Denman.

“All three horses were good looking and needed a bit of time to develop. As two-year-olds when they would work or trial well, each one of them would come home and lay down all day in their stables – which told us they needed time to mature and were duly tipped out.

“But once they got to their late two-year-old or early three-year-old seasons, it was game on and they we’re ready.”

OCTAGONAL (10 Group 1 wins) – He was immature, light, and good natured as a young horse, but always told us he was going to be above average. He was doing freakish things as a two-year-old so we knew he was only going to get better with time – especially with his breeding by Zabeel out of Eight Carat. Octagonal always knew where the winning line was, and was so thrilling to watch.

LONHRO (11 Group 1 wins) – Came out of Octagonal’s first crop and he too was soft early, but had a strong constitution like his dad. He was going to get better with more racing and in credit to the Ingham’s, we were lucky enough to see him race on at five before he went to stud. I’ve noticed a lot of the Lonhro fillies which we’ve got in the stable such as Flash Of Innocence, have needed extra time to develop too, so we’ll be patient knowing they’ll repay us later. Lonhro's Australian Cup win was testament to his courage.

DENMAN (9 wins, 1 Group 1 win) – Physically he was the biggest of the three but mentally he was soft. His first race was December 2008 but he then spelled and came back June of his two-year-old year where he strung six straight wins, including the Group 1 Golden Rose for three-year-olds. I always had a lot of time for Denman.

Being as attentive as he is, Peter likes to pay attention to all the finer details of a said horse and work out which side of the family they tend to throw to.

“I like to get to know the families right down to the details. Whether they’re good eaters, bad eaters, windsuckers, chronic tie-up horses etc. because all these things help you understand the horse you’re training.

“At Darley I had to learn the history of their mares (about 300 of them by the time they were whittled down and combined with Ingham bloodstock) which was a lengthy process because you’re starting from scratch, especially with the European mares.

“But if you do your homework it can give you a huge heads up to training their progeny because you get to know which ones were precocious, which ones weren’t, if they’re from a family who do their best at three or older or those who don’t typically train on – in which case you’ve got to get them up and going early, get what you can out of them and then turn them out.

“Sepoy (by Elusive Quality out of Watchful) was beautifully tempered and genuine – everything you want in a horse, he was it. He threw mainly to the dam’s side who is a lovely Danehill mare from a terrific family including Camarena, Camarilla and Guelph."

A four-time winner from seven starts and half brother to Group 1 winner Mental, three-year-old gelding Suspense is a good example of Peter knowing the family lineage and using it to his advantage.

“Knowing your stallions and the type of stock they produce is important but understanding what a dam is capable of is just as valuable. It’s the not the be all and end all, but it helps piece the puzzle together.

“I purchased Suspense (by Keano out of Intrigues) as a yearling because I thought highly of the dam and knew she was capable of producing good stock, so knew he was going to need time to develop and it seems to be working so far.”