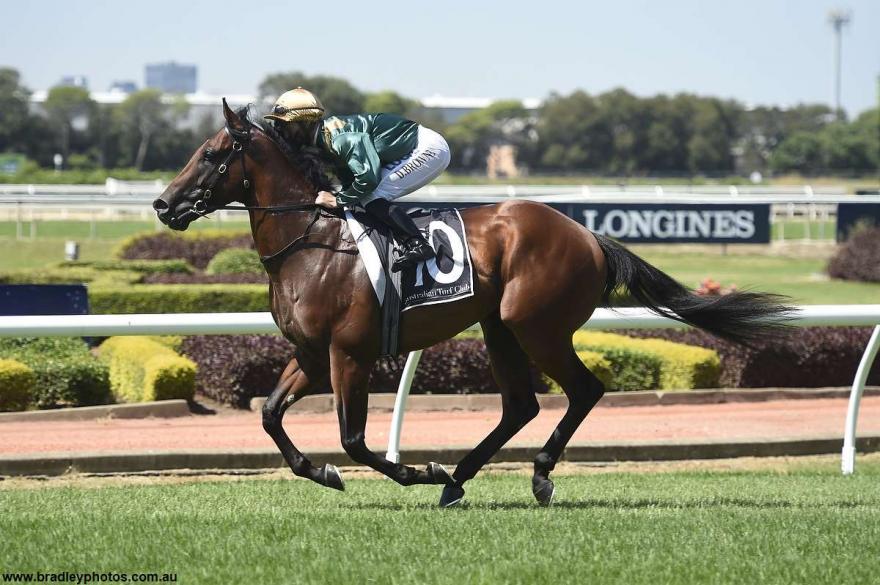 Mediterranean lit up the winter mid-week card at Canterbury as he sensationally bolted away with the $40,000 TAB.com.au Maiden Handicap (1200m) on July 6.

Resuming from a 13 week spell following a fifth in both the Group 2 ATC Skyline Stakes and Pago Pago Stakes, punters justifiably installed the two-year-old son of Smart Missile short-priced favourite in light of his recent 5.5 length trial win at Randwick.

Partnered by Kerrin McEvoy and carrying James Harron Bloodstock’s Golden Slipper winning colours, Mediterranean settled three from the rear until McEvoy asked him to circle the field approaching the home turn before a second run was asked in the final 200 metres.

The talented colt responded and loomed up beautifully again on the heavy 8, easing down on the line for a 1.8 length victory ahead of Saxophone.

“He’s a horse we’ve always thought a lot of and there’s a bright future ahead," said co-trainer Peter Snowden.

“Last preparation he was a little bit disappointing but he wasn’t mentally ready for it all even though his work was strong was home, however we’ve discovered this breed are better off given the extra time to develop.

“While it might have been a mid-week win, the way he won tells us there’s something there. He’s coming good at the right time as good races are just around the corner and he’ll be going there rock hard fit."

With key connections overseas at the moment, Snowden is yet to confirm plans moving forward although targeting some of spring's better races will be naturally on the agenda for the relation of star colt Capitalist.

“We still need to firm up plans but at this stage he's come through the run well and he’ll be targeting some of the better spring races with a potential stretch out to seven furlongs."

McEvoy was as equally impressed, indicating there are more wins in store.

"He was simply much better than the opposition but off his trials you would have expected him to win like that.

“It’s a good starting point; there is much more to come from this fellow.”


According to Breednet’s Tara Madgwick, Mediterranean has serious stallion potential being a relation to Golden Slipper winner Capitalist, a family which Snowden says ‘just keeps getting better’.

“Bred by Matthew Sandblom and raised at Newgate Farm, Mediterranean is a half-brother to Group 3 placed Windjammer and is the fourth winner from stakes-placed Ekali (who unfortunately died in 2015).

“Mediterranean has ‘stallion potential in spades’ as he is from a half-sister to the dam of Golden Slipper winner Capitalist, also bought from the same sale by James Harron Bloodstock.