With Love From Francesco 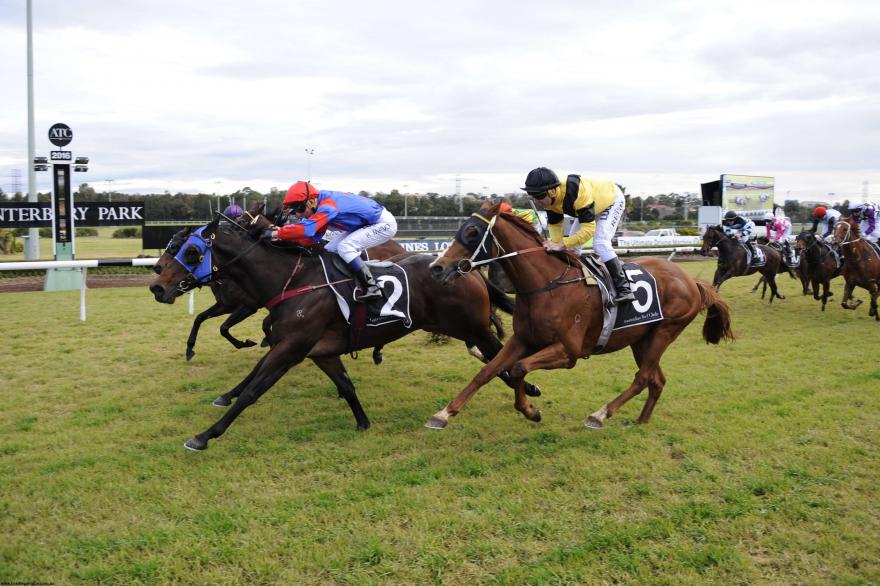 Under the guidance of in-form hoop Kerrin McEvoy, the Greg and Donna Kolivos-owned four-year-old made the most of barrier one to settle mid-field and save ground along the rail.

In search for the better ground out wide, McEvoy swiftly manevoured Francesco off the rails coming around the home turn and worked home in just enough speed to collect the goods ahead of Sigmund on unsuitably heavy going.

“He picked up really well once we got to cleaner ground but clocked off when he saw the outside gap in the concluding stages, so I had to motivate him again in the final 50 but he was always going to hold them,” explained McEvoy, who two races earlier rode smart colt Mediterranean to victory.

“He’s been running well, looked in good order and it’s nice to get the win on him.”

It was a second career win for the lightly-raced gelding.

"He’s been a bit unlucky in a few of his previous runs and I think it’s quite evident today that those track conditions didn’t suit at all, but to his credit the horse stuck it out and won well,” said co-trainer Paul Snowden.

“The plan was to angle out wide to reach the virgin ground and he managed to hold them off, so very pleased for Greg and Donna Kolivos who are major supporters of the stable.”

By Group 1 Newmarket Handicap winner Wanted, Francesco is a half-brother to stakes-winner Hoss Amor and is the fourth winner from as many foals to race from With Love, whose current yearling colt by the Kolivos-owned Pierro sold for $220,000 under the Three Bridges Thoroughbreds banner at this year’s Magic Millions Gold Coast Yearling Sale.