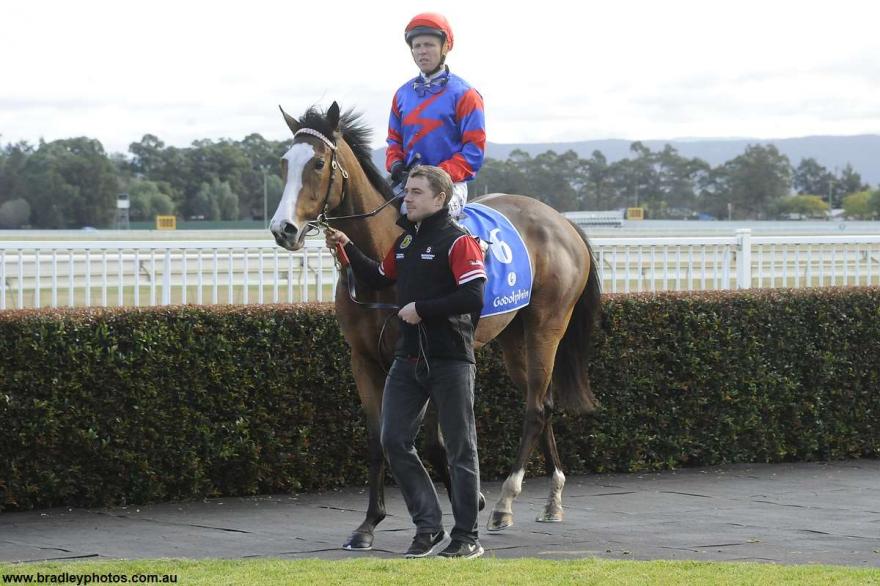 Speedy filly Cosmic Powers stole the limelight in the Premier Freight 2YO Maiden Plate (1000m) at Hawkesbury on July 7 to give owners Greg and Donna Kolivos a winning double in two days.

Bursting out of the barriers in her first race start following two recent trial wins, Cosmic Powers settled beautifully for Kerrin McEvoy just off the pace early before taking the lead at the 400 metre mark.

The pretty bay daughter of Not A Single Doubt out of Cosmo Arion (from the family of Keep The Faith and Pistols) showed no issue knuckling down to the task when she cleared away from rivals for a 0.5 length victory ahead of Kings of Leon.

“She began like a rocket so I used that to our advantage because she’s versatile. She didn’t have to lead but she got there under her own steam, travelled nicely and picked up well in the straight,” explained McEvoy.

“This filly’s got the right racing manners, a nice attitude and wants to do her best for you so she’s a nice prospect going forward is now open for a Wednesday race.”

Representing Team Snowden at Hawkesbury was Racing Manager Jackson Beirs who was simply chuffed with the debut performance.

“A great debut performance by this unassuming little filly and as great ride by Kerrin.

“She’s professional, has great speed and tried very hard. She’s only a lightly-framed filly so we’ll see how she comes through this and take it from there, but very happy with today’s performance.”