Zaunkonig Goes Back To Back 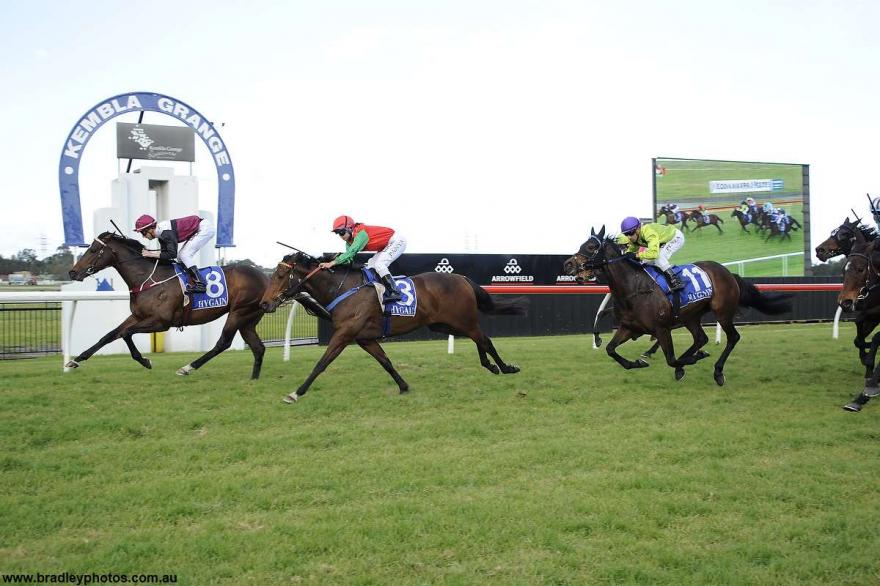 Rising star Zaunkonig made it back to back wins at Kembla Grange when he took out the Gibson Howlin Lawyers Cronulla Benchmark 65 Handicap (1400m) on July 16.

Jumping from barrier 11, horse and rider managed to quickly position themselves one out and one back behind race leader Kasabe until a move at the top of the straight saw them join the leader and take up the running at the 200 metre mark, for a convincing 0.5 length victory over Dr Sykes.

“That was a decent rise in class so it was good to see him step up today. He’s got plenty of scope for improvement and will get more distance, so we’ll continue to take it one race at a time but all the positive signs are there,” said co-trainer Paul Snowden.

“He’s in for the fight too. As Winona mentioned last time, when he senses another horse coming at him he really digs in.”

Owned by Miss Carla Thomas, Zaunkonig has now won two races and placed third from five career starts for over $44,000 in prizemoney.

According to racenet, Team Snowden are currently third in the NSW Trainer's Premiership behind Chris Waller and Godolphin but have the superior winning strike rate (16.6 per cent) of the top 10 trainers in that state.

Further, the stable are currently striking at close to one win from every five starters (18.8 per cent) Australia-wide with 133 winners this season so far.