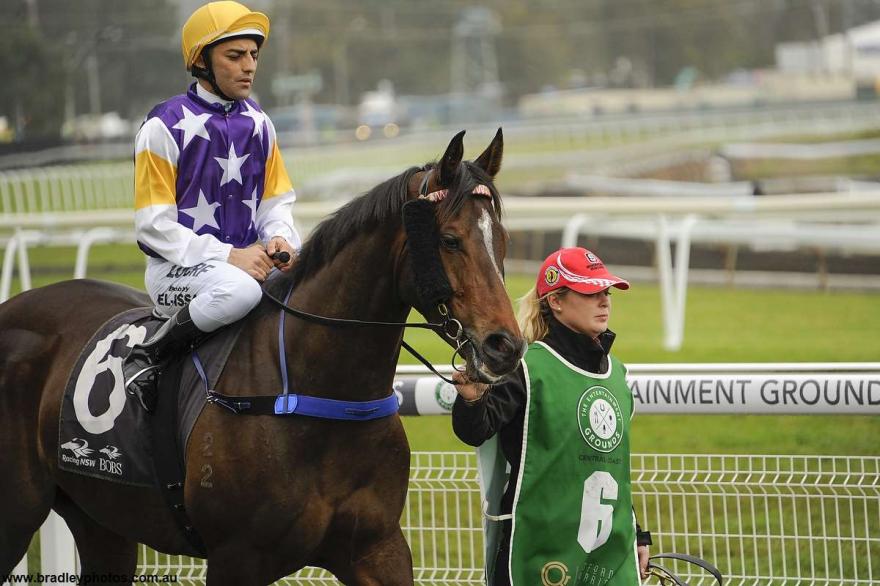 Meri Rani proved too strong in The Glason Group F&M Maiden Plate (1200m) at Gosford on July 22 to break through for her first victory and provide jockey Bobby El-Issa with his first NSW Provincial win since battling cancer.

The three-year-old daughter of Stratum jumped beautifully from barrier six and settled comfortably behind race leader Satirical Dame, until El-Issa allowed his mount to edge closer approaching the home turn before powering away in the final 100 metres to record a 1 length victory ahead of Allegheny.

While the race-favourite’s win provided a huge smile for her patient ownership group following a 32 week spell, it put an even bigger smile on 38-year-old Bobby El-Issa’s face.

El-Issa faced the battle of his life in June 2015 when diagnosed with acute myeloid leukaemia (AML) – a rare disease that can attack at any age and affects 900 Australian’s each year, which at one point saw his weight drop to an alarming 35 kilograms.

But in true fighting spirit, inspired by young daughter Isabella and his love of race-riding, El-Issa successfully fought off the deadly cancer with six months of intensive treatment and four rounds of chemotherapy.

Fast forward to April 1 of this year and El-Issa realised his dream to return to the saddle. And did so with a winner at Orange aboard Oakwood Lady, however Meri Rani has given Sydney’s former two-time champion apprentice his first NSW provincial win.

“Was great to get my first Sydney winner since my return, also to be on a winner for Team Snowden was extra special,” said the popular hoop on Twitter.

Co-trainer Paul Snowden said the win was special for not only the ownership group but for El-Issa who’s been track riding for the stable since his miraculous return.

“This filly is a lovely prospect and we’re now looking forward to progressing her through the grades.

“Although she performed well on the heavy 10 she can race on all surfaces which is a bonus and I think the owners will have some fun with her.

“It was also nice to see Bobby get a win too as he’s one of the good guys. He regularly rides work for us and deserves these opportunities. Considering what he’s been through in recent times, it was great to see him with another win.”