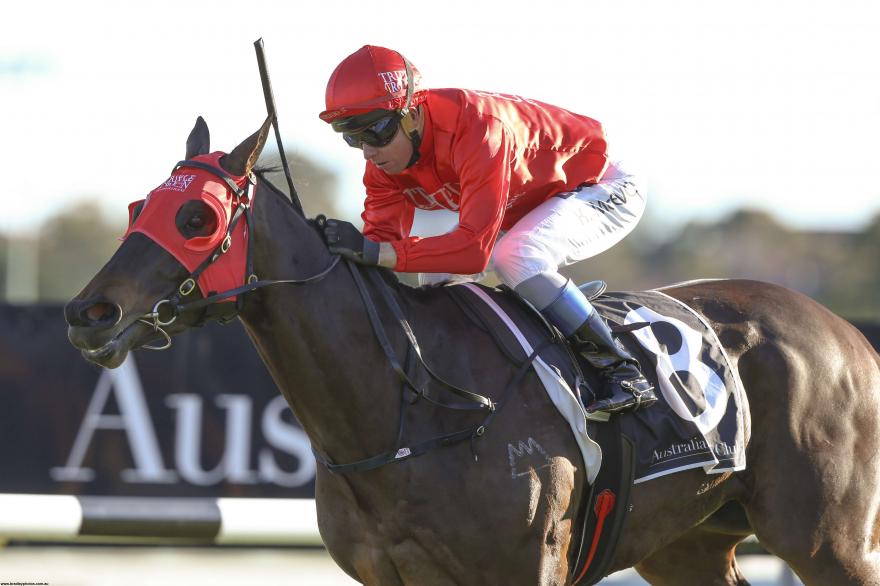 The Triple Crown-owned three-year-old showed blistering speed the moment he jumped from the outside barrier (10) to lead all the way for a superior length victory over Wouldn’t It Be Nice, suggesting he’s in for his best campaign yet.

Co-trainer Peter Snowden explained the plan was to simply ride the son of Snitzel for speed and score some cheap sectionals mid-race, a tactic which worked to perfection.

“Redzel is a free-running sprinting type and his greatest asset is his speed, so we wanted use that to his advantage.

“We were having him ridden pretty, getting back in the field and coming home late but it just wasn’t working, so we now know that it’s best to ride him to his strengths which is forward.”

“We hoped to get some cheap sectionals through the middle and get going before the corner. Kerrin rode him a treat and it was great result to win like that. There might be a nice race somewhere across the spring,” added Snowden.

McEvoy, who continues to ride in career best form, admitted he had moments of concern mid-race when he felt the race-favourite galloping a tad too keenly in front.

“Pete told me to ride for speed and have the others chasing so I wanted to get to the front as quickly as possible but I was worried I might have revved him up too much as he was a bit eager early.

“But he was really tough in the straight and wasn’t going to stop. He was just too fast for them.’’

The victory improved Redzel’s career record to three wins from 10 starts with $232,450 in the bank, while nailing a winning double for Triple Crown, courtesy of Bukzel winning earlier at Newcastle (Beaumont).