Bukzel Too Good On Debut 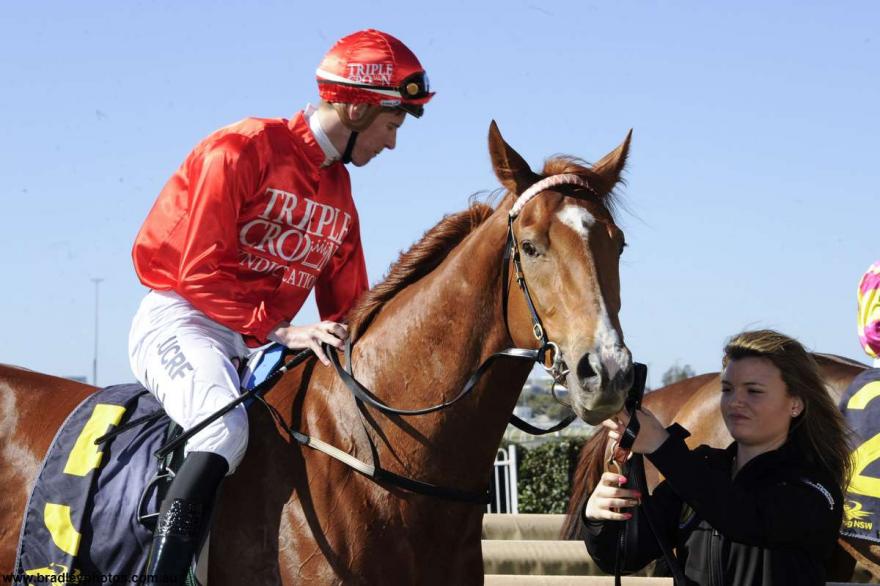 The speedy daughter of Snitzel also gave her sire his 30th individual two-year-old winner for the season, equalling the record of Without Fear set in 1975-76.

Ridden by up-and-coming apprentice Nick Heywood, Bukzel settled beautifully one out and one behind before taking up the running in the home straight.

Despite having three trials under her belt, the race-favourite raced a little wayward in the final stages thorough inexperience when exposed at the front – but thankfully regained concentration to knuckle back down and beat Bob’s Ticket by three-quarters of a length.

“It’s not easy to win your first ever race start, so it’s a promising start for this filly,” said co-trainer Paul Snowden.

“I thought she did a good job even though she raced a bit green towards the end, but that’s to be expected. It’s still a huge learning curve for these young ones.

“The important thing is that she got the job done for Triple Crown and will only improve for the experience.”

Bred and sold by Turangga Farm, the 2015 Magic Millions Gold Coast yearling was purchased by Triple Crown for $135,000. Her dam Bukoor, a half-sister to Group 1 winner Rewaaya, has now produced six winners including the seven-time winner and Group 3 performed Lucky Eighty Eight.