Pride of Dubai To Shuttle 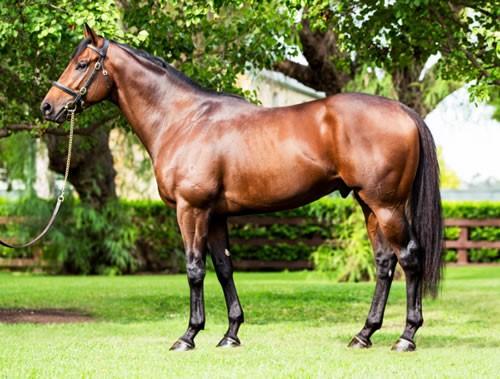 When Peter and Paul Snowden graciously accepted the invitation to select a handful of bloodstock to train for Sheikh Mohammed Bin Khalifa Al Maktoum, they wasted no time in marking Pride of Dubai as their number one draft pick from the lush paddocks of Coolmore Australia.

“He was our top pick. He had a good demeanour, a good eye and a broad head which are things I like. He was pretty raw and had a frame to fill in to but knowing a bit about Street Cry’s I had to be forgiving and imagine what he’d grow in to,” recalled co-trainer Peter Snowden.

In exciting news for local and international breeders, Pride of Dubai will be shuttling to Coolmore Ireland next year following his first season at stud in the Hunter Valley, as reported below by Breenet.


Coolmore's director of sales David O'Loughlin said: "He's an exceptionally good-looking horse with plenty of size and strength - he was a brilliant two-year-old and his pedigree is all about speed.

"He's by a top-class sire in Street Cry, out of a close relative to Invincible Spirit and Kodiac, who both sired major winners at Royal Ascot this year over the minimum trip. I can see him proving extremely popular with breeders here, particularly once they've come to see him."

Pride of Dubai stands at Coolmore Australia this spring for a fee of $55,000, with his Northern Hemisphere fee to be announced at a later date. By reigning champion sire Street Cry (IRE), he is one of three stakes-winner from stakes-placed Danehill mare Al Anood, who was sent to the Northern Hemisphere earlier this year to continue her stud career.

A colt with a genuine international pedigree, he has always had the profile of a sire that could work in both hemispheres and now will be given the opportunity to do just that.