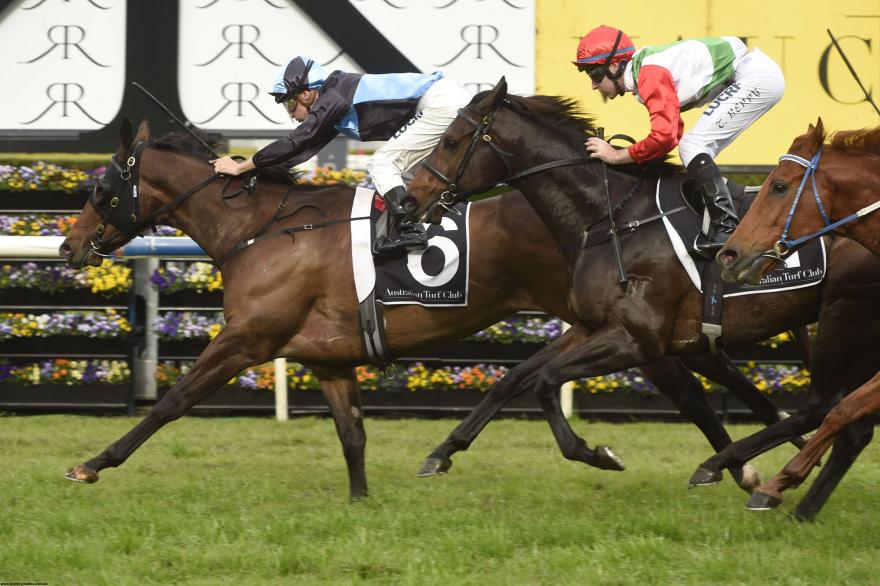 Tycoon Tara showed true guts and determination with an all-the-way victory in the Group 2 Missile Stakes (1200m) at Randwick on August 6, snaring the first Group race of the New South Wales racing season.

In the absence of Golden Slipper-winning stablemate Capitalist who was scratched late due to the state of the track but resumes in next week’s Group 3 San Domenico Stakes (1100m) at Rosehill, Tycoon Tara relished the challenge to hold off Rebel Dane and make a victorious debut under the care of Snowden Racing since being transferred from Victoria.

"You could see the white flag going up 100 metres out but Blake really cuddled her over that last bit because he knew she was on empty," said co-trainer Peter Snowden.

“It was very testing out there and we really didn’t know if she would handle the heavy conditions, but she was so brave. It makes the win even better and is a great result for the owners.”

In the hope of rejuvenating the mare’s talent and scoring more black type wins before going to stud, the group of connections (led by owner-trainer Tony Krushka) sent Tycoon Tara to Team Snowden to get the job done.

"She’s always had good form. It was only the last prep where she struggled but I think the change of scenery has really helped because she’s thrived since coming to us. She’s a casual worker but that’s just her.

“While she’s winning, I think that stud career might be put on hold," added Snowden.

Blake Shinn rode the daughter of Written Tycoon to perfection with full control of the race and tempo.

"I just got her to her top before letting her off the bit. Horses don't find that much on those sort of tracks so it’s a case of keeping them happy," explained Shinn.

"We were in control even when things were pushing up on our inside. It was a very good effort and just showed how good Peter and Paul Snowden are because she had to be fit out there."

All going well, Tycoon Tara will head to the Group 3 Toy Show Quality Fillies & Mares Handicap (1300m) at Radnwick on August 20 and the Group 2 Golden Pendant (1400m) at Rosehill on September 24.