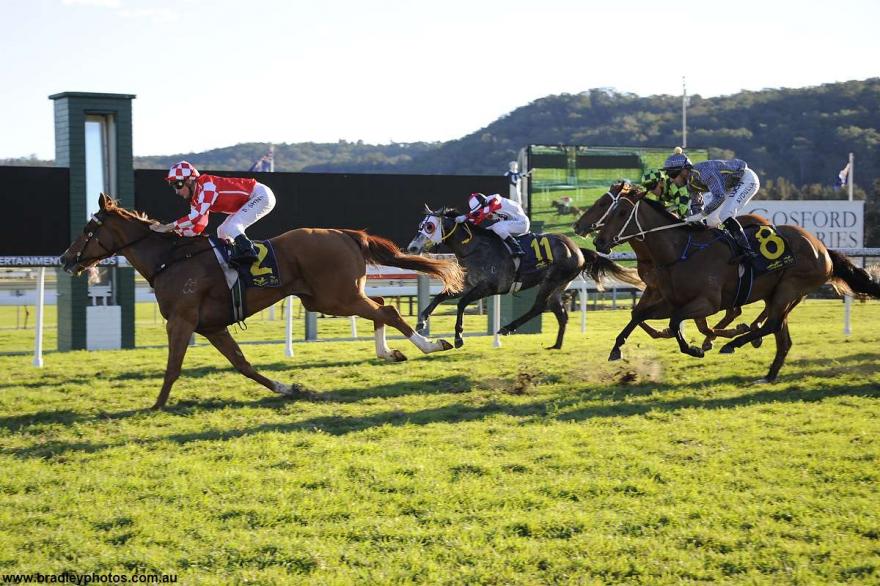 It was the ultimate return to the winners’ circle after being sidelined for 565 days for Choice We Had when he and classy hoop Blake Shinn demolished rivals in the Hume Doors & Timber Class 2 Handicap (1200m) at Gosford on August 11.

Shinn offered a master class in race riding when he hugged the rail and took all of the short cuts to make the run as easy as possible for the gelded son of Choisir, before taking a split one off the fence in the home stretch which allowed the five-year-old to cruise past Clevedon Bay to record a 1.5 length victory.

The last racetrack appearance for Choice We Had was on 24 January 2015 due to a series of minor injuries which the ownership group have been incredibly supportive about, making the win for Team Snowden even more satisfying.

“Full credit to Blake, he outrode them today and we are tickled pink with this result because the team have put in a lot of time and effort to get this horse back,” said co-trainer Paul Snowden.

“The owners have been very patient and good enough to give him the time he needed to recover from a few niggling injuries so well done to them. It’s been a long time coming!

“He’s a city class horse for sure.”

Shinn, who drove to Gosford for the one ride, giving both himself and the stable a 100 per cent winning strike rate for the day, said he took full advantage of the hot speed.

“When they go that fast in front it opens up a little bit and I had the horse to capitalise. He’s got a bit of class on his side and the form line suggested that.

“The training efforts of Peter and Paul to have this horse ready after 77 weeks coming in to today are tremendous.”

Owned by Mr D M Sainsbury, Mr A Deeth, Mrs L M Morris, Ms T L Sainsbury-Power, Mr G G Morris, and Fivetime Racing, Choice We Had was purchased for just $20,000 at the Gold Coast Magic Millions Yearling Sale from the draft of Corumbene Stud and has recorded three wins, and a third from just eight starts for over $53,000 in prize money.