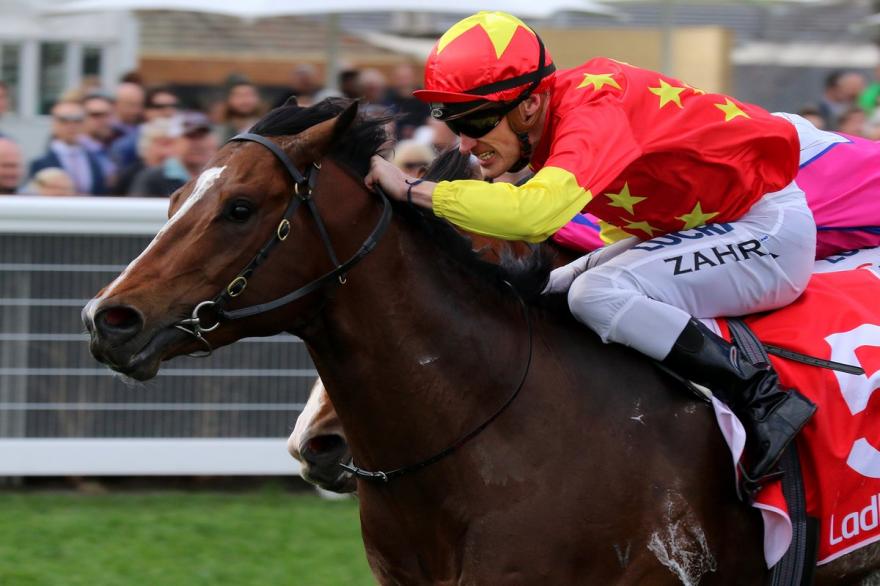 Russian Revolution remains unbeaten following a tough victory at his first attempt the Melbourne way of going in the $150,000 Group 3 KS Environmental Vain Stakes (1100m) at Caulfield on August 13.

Having led the field to the home turn under a brilliant ride from Mark Zahra, the impressive three-year-old son of Snitzel dug deep in the concluding stages to hold on from a fast finishing Highland Beat.

Zahra, who worked hard to get down to 55kg for the ride said he was always confident on the talented colt in the run and that he’d take enormous improvement from the outing.

"He did it easy to the turn and then he had a bit of a look around and wobbled a bit. He got himself sorted out and I was always confident.

"He was getting a bit tired late but it was his first run for six weeks and he'll take good improvement from it.”

Representing Snowden Racing on the day was Racing Manager Jackson Beirs who was most chuffed with the performance.

"It was a tough win. He’s still learning his trade and had to do it out there on his own.

"They looked like they had their chance to run him down but couldn't get him. He's only had three starts but keeps lifting the bar.

“He's a lovely colt with plenty of ability."

Russian Revolution is next likely to start in the Group 3 McNeil Stakes at the same track on August 27.