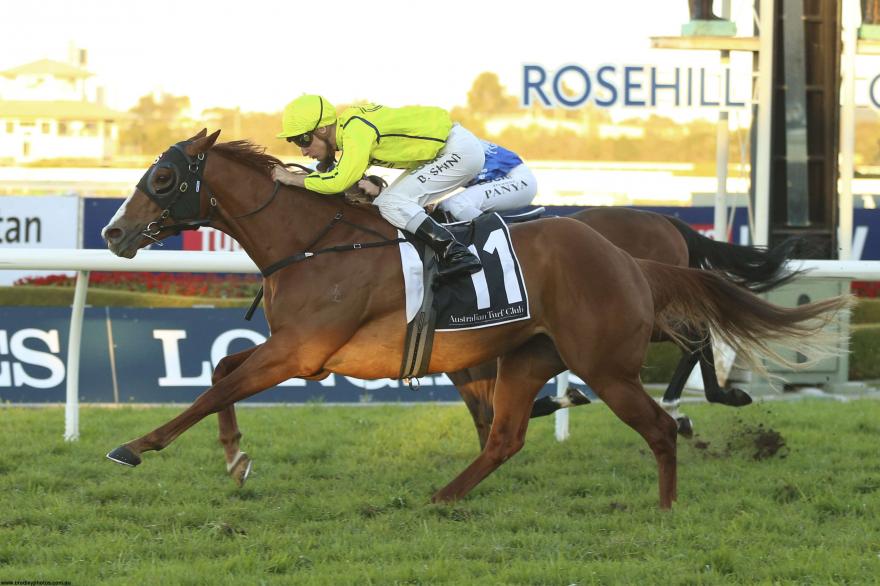 In one of the most enthralling finishes of the day, We’re Sure motored home late in his usual style to take out the $85,000 Mounties Group BenchMark 78 Handicap (1350m) at Rosehill on August 13.

The win also registered a Saturday treble across two states for team Snowden with Extensible and Russian Revolution recording victories earlier in the day.

Hard to miss in the fluorescent yellow colours owned by Australian Thoroughbred Bloodstock, We’re Sure sprouted wings in the home straight to reel in Ecostanati, showing an astonishing turn of foot in customary style.

“That’s the way to ride him! Left alone like that in a fast run race is dangerous because he has got a great turn of foot,” explained a smiling Peter Snowden.

“I could see the leader was paddling in the last 100 and I thought we were some chance of picking him up then. It was good to see him win as well as he did because he’s got great owners who have been a bit up and down with him from a form perspective.

“He’s a well bred horse (Not A Single Doubt x Rock Diva) and always shown talent but he’s got a pattern of racing which is not pretty to watch because he gets a long way back and must have it run to suit. He’ll continue to develop though."

Blake Shinn rode the race to plan which ensured the exciting gelding had last crack at them.

“That gave me tingles down the spine. It was a devastating turn of foot; it was some effort.

“We were a long way off them and I didn’t think we could pick them up but at the 50 I was confident,” said Shinn

“My horse kept digging in the more I asked.”