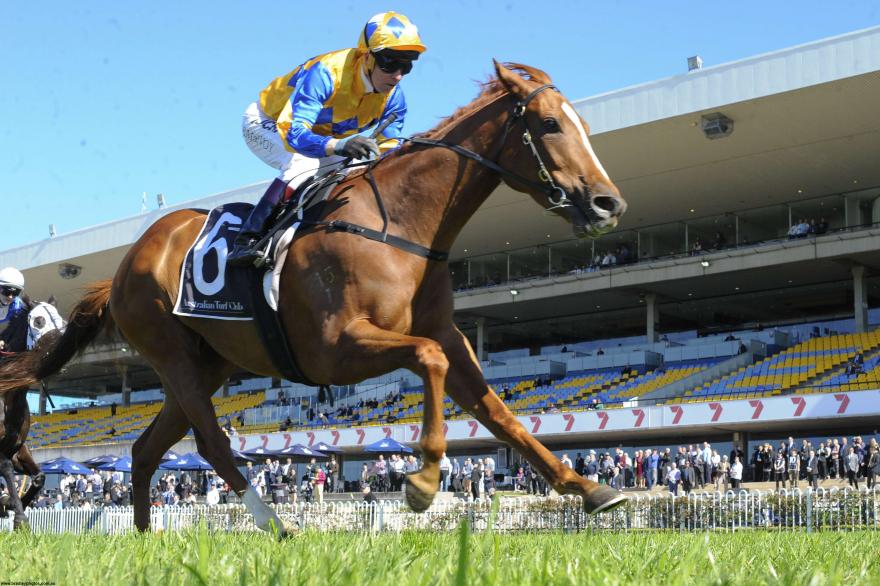 Hot-favourite Extensible burst clear in the opening race to easily account for rivals in the $85,000 Fairfield RSL Club BenchMark 81 Handicap (1400m) at Rosehill on August 13.

Sitting off the pace before peeling out for a controlled and sustained sprint, Kerrin McEvoy rode the five-year-old mare to perfection to record a dominant 1.8 length victory ahead of Labdien.

“That was a great little win and Kerrin reported that she ran strongly through the line. She was unlucky last start even though it looked like she had all of the brakes but she raced upside down and was too keen,” said co-trainer Peter Snowden.

“Today she had a bit of cover, relaxed better and had the race won a long way out.

“She’s a mare that’s had a few challenges, especially with her digestive system, but we’ve always had a good opinion of her and I think she’ll progress to better races during the spring but we’ve got to get her rating up first.”

The win extended the flashy chestnut mare’s career to almost $120,000 in earnings and three wins from just seven starts for the Toowoomba-based Kelly family and Kia Ora stud.