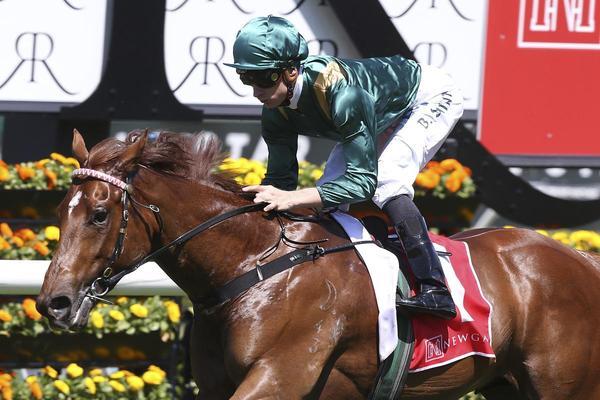 New South Wales’ ‘Night of Champions’ delivered once again for Snowden Racing with the team securing back-to-back titles in the Australian Turf Club NSW 2YO of the Year thanks to a stellar performance by Capitalist,

“Winning this award is testament to the high quality bloodstock coming through the stables thanks to a wonderful group of owners and our hard working staff,” said co-trainer Peter Snowden.

“James Harron and the wider group of owners has done a terrific job buying these colts, and we’re lucky to be entrusted with them.

“Capitalist stood out straight away to Paul and I. He always showed above average ability and the right attitude towards his work, so we’re really looking forward to seeing what else he can bring to the table during his three year old year, although in fairness to the horse, his future as an exciting stallion prospect has already been secured.”

Well known racehorse owner and breeder John Ingham, whom the Snowden family have long held an association with, accepted the award on behalf of Capitalist’s connections.

“I’d like to firstly thank James Harron for purchasing the horse for the syndicate, the Australian Turf Club, and the NSW Racehorse Owners for putting on such a great evening.

“When James floated the idea of buying 20 or so colts to hopefully get a stallion out of it I thought it sounded like a good idea, so I was in and we were purchasing horses at Magic Millions, one of which was Capitalist.

“One of the things that was close to me was that Peter Snowden was going to be training the horsesand as you may know he used to train for our family for many years so it’s great to associate back with him,” said Ingham.

“Congratulations to Peter, Team Snowden, all of the others owners, to Capitalist and Blake Shinn.”