Argentina Scores On The Line 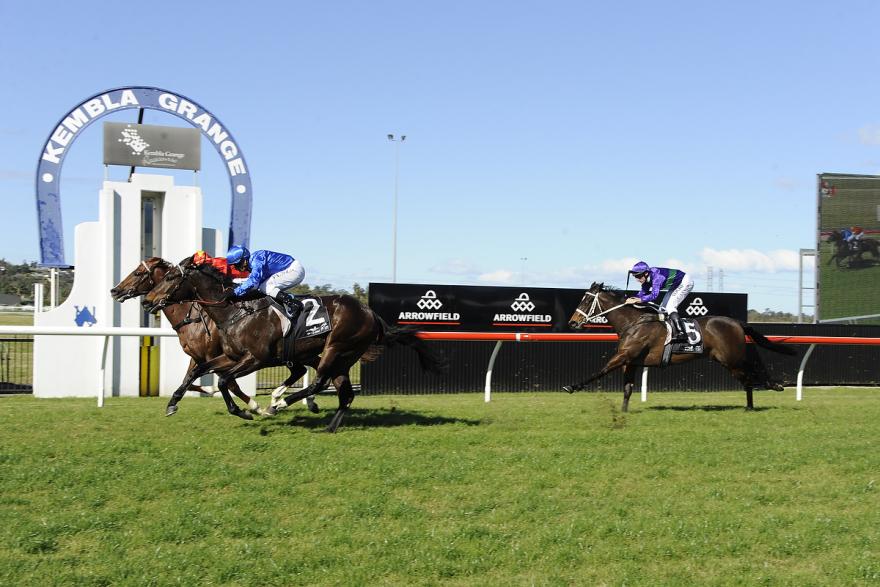 Promising colt Argentina dug deep to break his maiden status in the Three-Year-Old Handicap (1200m) at Kembla Grange on August 20.

Carrying the familiar China Horse Club colours and ridden by Bobby El-Issa, the handsome son of Sebring out of Sayahailmary initially took a sit in the latter half of the field until El-Issa cleverly manoeuvred his mount towards a gap along the inside rail in the home straight.

While race leader Eusebio looked increasingly strong in the final stages, Argentina fought hard to reel in the race-favourite and eventually got the better of the Godolphin galloper right on the line.

“It was smart thinking by Bobby to bring him back towards the rail and take the split, but it was a bit touch and go in the last 100,” said co-trainer Paul Snowden.

“I honestly wasn’t sure if he’d get there but the horse really dug deep. He wanted to win.

“He’s got a great attitude and gave it his all and that’s exactly what you want from your horse at the end of the day. It won’t be the last time you see him in the winners’ circle.”