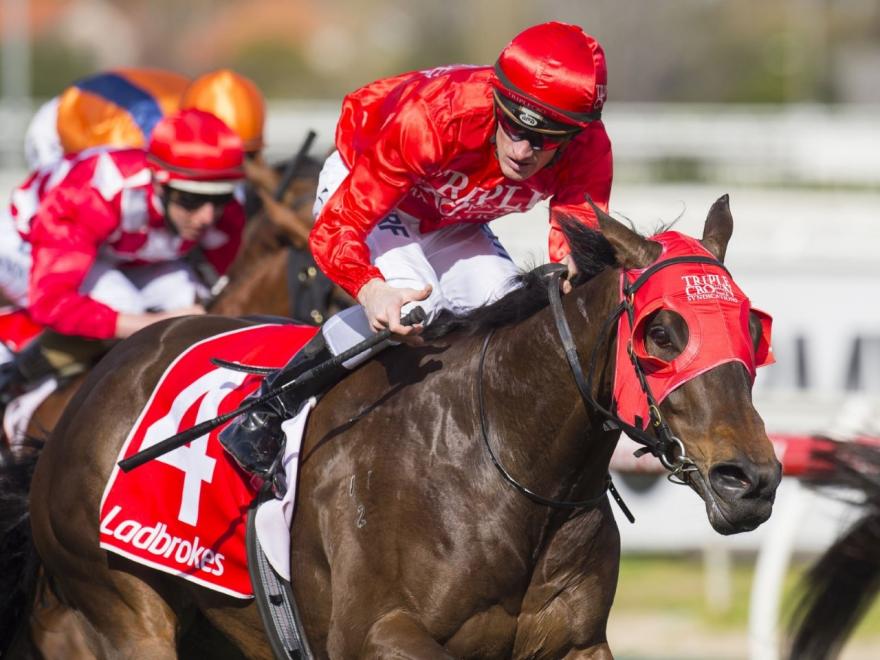 Star hoop Mark Zahra tracked across from barrier 12 to race four wide until Redzel quickly returned to his explosive front-running style to hold off a top quality field, including runner up Under The Louve who finished a neck second.

"It’s a great result as The Heath was a race we identified straight after his last start win the July Sprint," said co-trainer Peter Snowden.

"He's fast out of the gates - we’ve tried holding him up but he’s better off when you just let him roll. He’s a horse who needs to have his races spaced because the way he races he takes a fair bit out of himself, but we've got the key to him now and he keeps winning."

Zahra, who’s had a close association with Group 1 winner Under The Louvre in the past, knew the popular back marker would be coming hard late in his usual fashion.

"Late in the race he (Redzel) started walking and I was wondering where Under The Louvre was, but luckily he had enough left in the tank. Peter said he’ll only need a furlong rest during the run and he was right.”

“He was impressive and it’s great to keep my association with Snowden Racing and win Group races for them. They’re very easy to ride for," said Zahra.

Redzel will now head back to Sydney while Snowden Racing and Triple Crown plan the next assignment.

"He’ll head back to Sydney for a short break although if we had stables at Flemington he’d stay in Melbourne but we haven’t unfortunately.

“There were some pretty good horses chasing him down today so we’ll keep raising the bar as there are plenty of nice races coming up for him in both Sydney and Melbourne.”