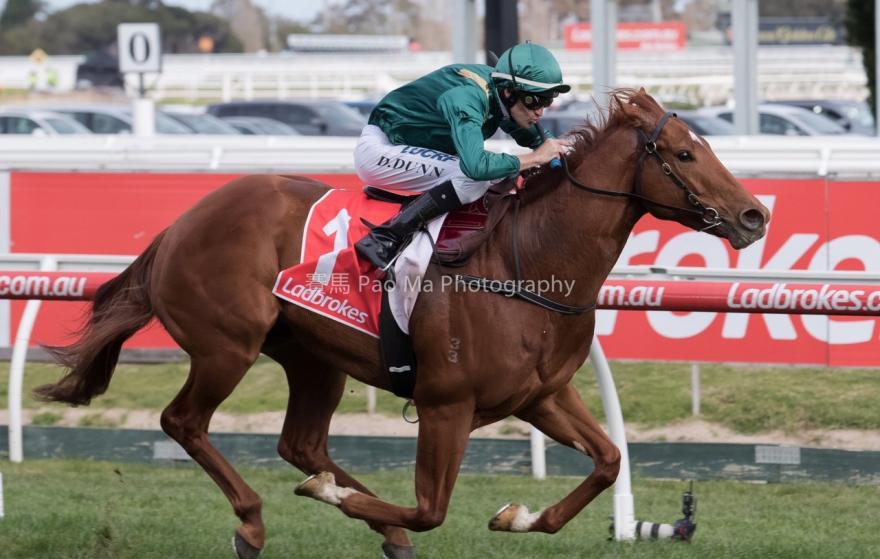 First up and partnered by 2016 Scobie Breasley Medallist Dwayne Dunn, Defcon settled beautifully on the fence at the rear of the field at his first attempt the Melbourne way of going.

Meticulously ridden by Dunn the son of Choisir saved every inch of ground along the rail, until the colt bravely burst clear through a minor gap to defeat race-favourite Highland Beat by 1.25 lengths.

The win was no surprise to co-trainer Peter Snowden who knew the Group 3 Black Opal Stakes victor had a lethal turn of foot.

"Dwayne gave him a great ride and did everything we asked,” said Snowden.

"He’s got a killer turn of foot and to the credit of Defcon he railed perfectly and took the needle eye opening on the rail.

"If you can hold him up for that last little bit it takes a good one to get by him. He's a more furnished colt this time through and the trip away is only going to make this horse better."

Dunn, who continues to ride in career best form, was ecstatic with the win and believes the horse has a promising future.

“They told me to count to five and that the sprint will come, and come it did!

“His turn of foot was electric and he’s a beautiful horse.

“James Harron has done a great job and I’m glad the Snowden’s are big supporters of mine.”

Defcon will return to Melbourne for his next start in the Group 2 Danehill Stakes (1200m) at Flemington on September 10, while the Coolmore Stud Stakes on Victoria Derby Day is a potential option later in the spring.

"It's good to see him win like that because he can improve off it. The Danehill in a couple of weeks looks perfect for him."