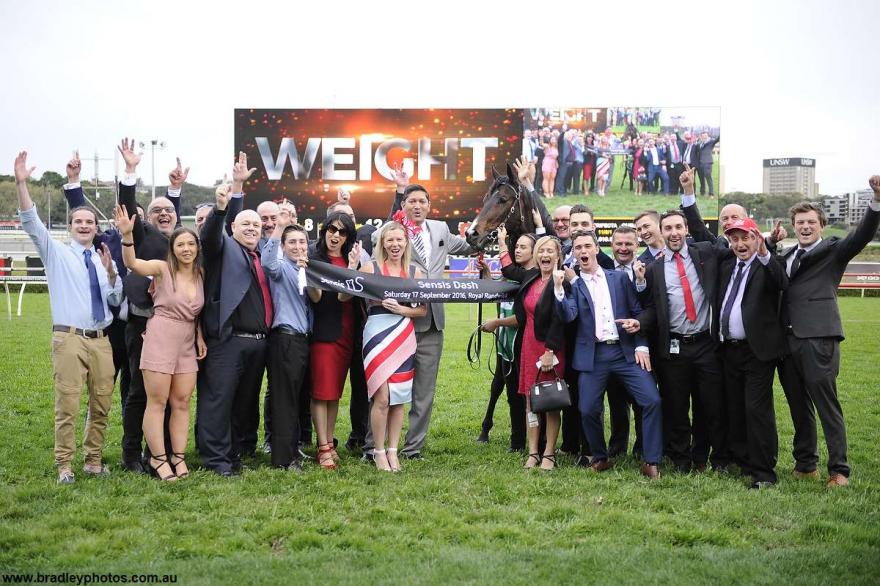 Four-year-old mare Denpurr returned first up this preparation a winner in the $85,000 BenchMark 78 Sensis Dash Handicap (1200m) at Randwick on September 17.

The promising daughter of Denman appreciated the good ground and fast tempo as Blake Shinn had her settled behind, and trailing last as they turned for home. Against the pattern of the day, Denpurr rocketed home down the outside to the loud cheers of an elated group of Triple Crown owners, beating Torpenhow by a length.

Co-trainer Paul Snowden is convinced future black type beckons for the mare, although conditional on a firm track surface.

“That hasn’t been the pattern of the day to come from behind like that but god bless her little heart, she got the job done- and in front of some very happy owners here today!

“Hopefully we can get a bit of black type because she’s shown us that she’s up to that level.”

Shinn, who made it a winning double after taking out race 8, was chuffed with the victory and the conditions which allowed his mount to swoop home.

“It’s really good to see her return back to her best. Last prep she encountered bad luck with wet tracks and bad draws but she was always going well. This prep she’s returned a bit stronger and drew a nice gate.

“The speed was very strong and even though I didn’t plan on getting that far back I just had to ride her where she was comfortable.

“Ideally I would have liked to have held my spot mid-field, mid-race but I was going to be chasing to do so, so I just let her come back and travel to hit the line.

“The time suggested something was going to run on and she had the ability to do so. It was a fantastic win and it’s good to ride a winner for Team Snowden and Triple Crown.”