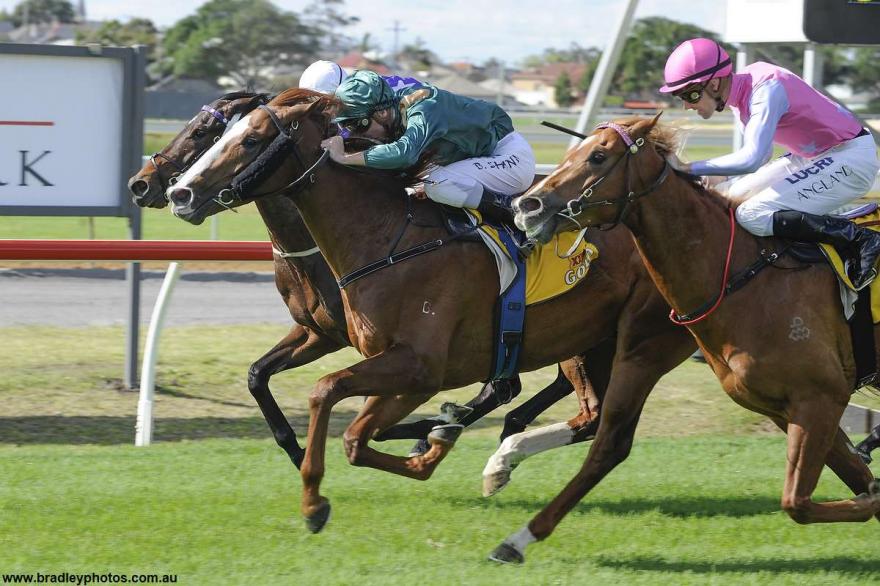 Promising Sebring colt Acatour was all class as he took out the Macka's Australian Black Angus Beef 3YO Handicap (1300m) at Newcastle on September 16.

Carrying top weight of 61kg in a small but competitive field, the lightly raced colt settled towards the rear of the field with cover, until Blake Shinn asked him to pick up on the home turn and chase down the leaders which resulted in a tough 0.2 of a length victory from a fast finishing Calabasas.

“This bloke has always shown ability. He’s been a slow maturing type but I think he’s got a bit of upside to him,” said co-trainer Peter Snowden.

“He’s probably more of an autumn horse but we’ll just see how he improves. We’ll most likely give him another run in town before we think about Melbourne, but I’m quite impressed with what he did today.

"There’s a lot of improvement in him and he showed fighting qualities which is always important to have. When they win these tight finishes it means quite a lot.”

A regular rider for Acatour’s connections in the green and gold colours of James Harron Bloodstock, Shinn is confident more wins are in store for the classy chestnut colt.

“I think there’s some progressive horses to come out of this race and with 61 kilos, he sprinted home very quick.

“He’s a lovely horse going forward. We’ve always thought a lot of him and he’s come back a bit more mature physically and mentally.

“It’s good to kick off his prep in a winning way.”