Faith Backs Up Her Talent 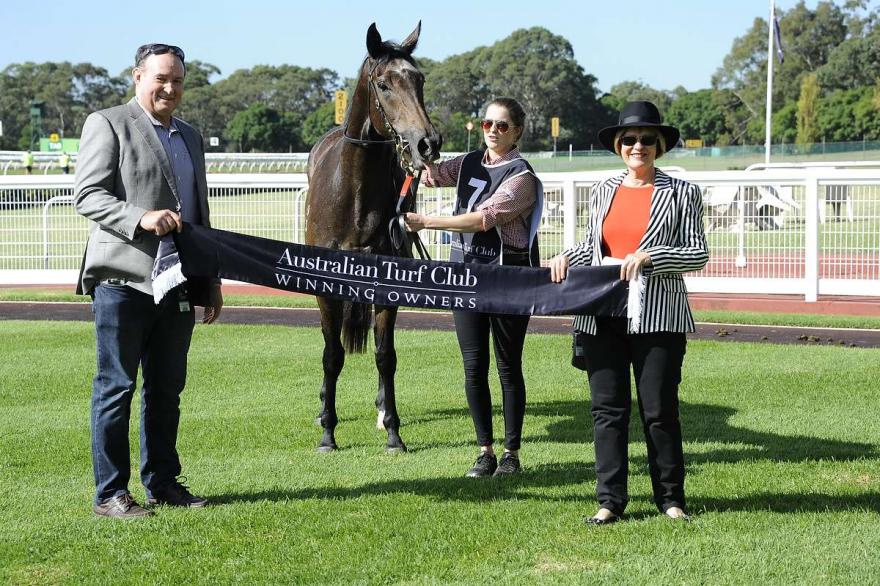 Determined filly Faith’s Encore scored an impressive win second up this preparation in the $40,000 #theraces BenchMark 72 Handicap (1200m) at Warwick Farm on September 21.

The talented grey daughter of Denman out of Faith Hill drove up along the inside rail for Kerrin McEvoy to sit comfortably behind on-pace leader Serve And Volley. When McEvoy hit the go button at 300 metres she simply dashed away, fully extending in the final 100 to hold off impressive trial winner Dixie Chick.

“Taking on the older mares is never an easy feat, so to win as well as she did was great. She’s a well bred filly with plenty of upside to her. She works with the better horses at home and does it very easily, so we’ve always known she’s had ability,” said co-trainer Peter Snowden.

“She’s still a bit raw and immature but I feel she’ll go a fair way. Another 12 months she’ll be looking at better races than today, or that might even come sooner because she’s coming to hand quite quickly but there’s still a bit of furnishing to do.”

McEvoy, who’s long been a fan of the filly, was not surprised with the win and looks forward to many more victories.

“We drew nicely and made use of that. I thought they might have gone a bit quicker but she travelled nicely throughout and once we kicked up I knew we had the race covered.

“She’s always shown us plenty at home and Peter and Paul have been really happy with her this prep. She’s on the improve,” added McEvoy.

“Whether it’s this campaign or next, she can go on to win a nice race and will furnish into a really nice filly. She can go a little bit further in trip which also provides options for her later on but it’s good to see her get the job done today and it’s nice to be on her back.”