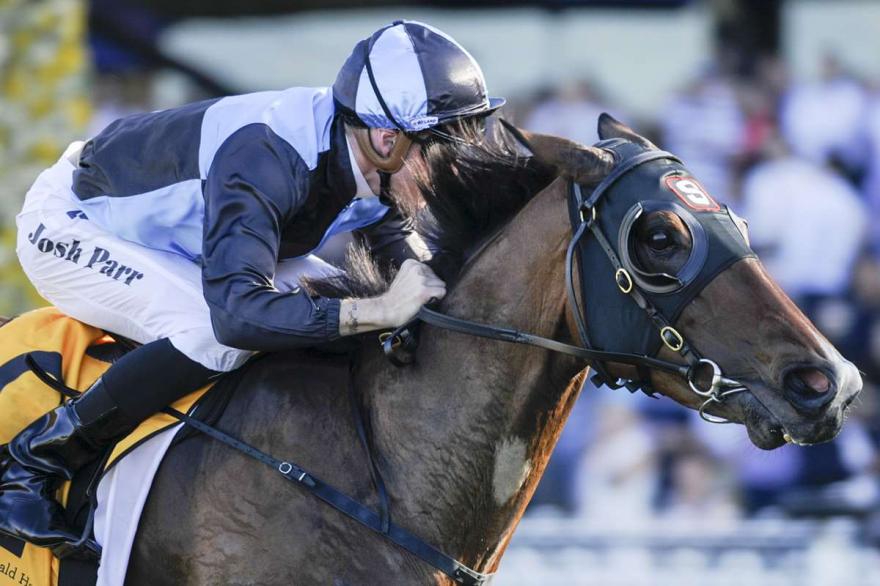 Parr, who’s not long returned from more than six months on the sidelines due to hip surgery, bounced the star Written Tycoon mare from barrier two to the front and simply controlled the race from go to whoa to secure a dominant two length victory ahead of Dixie Blossoms.

The win has made Team Snowden and connections re-think future plans for the spring while the six-year-old, bred by Tony Kruska is in such red hot form.

“When Tycoon Tara first came to our stable the owners wanted me to take her to Brisbane for the carnival but she was very light and didn’t look right,’’ said co-trainer Peter Snowden. “I told them if you give me six weeks I can improve her. She has just kept thriving since and has turned the corner big time.’’

"I'll have to have a think about things now. I was thinking about giving her a little freshen-up but it's hard to tip them out when they're racing this well.

“She just keeps surprising me. All well and good we’ll likely go to Melbourne with her as there are some nice mares’ races to look at. "

The Snowden’s have always had a lot of time for Josh Parr, and decided to book him for the ride a week ago believing he’d be a good match for the rejuvenated mare.

"I booked him about a week ago and knew we had had a bit of luck together in the past,” added Snowden. "It is an important win for Josh and it is great that we could do it again together because this could get him going again.

"He has always been a good rider and you saw there that he just got it right and gave nothing a chance.

Ecstatic with the win, Parr was full of praise for Tycoon Tara and the opportunity to ride her.

“I'm on the comeback trail so it's really nice to get a big race win. She’s a superb mare. I rode her Thursday morning and I grew so much in confidence for today.

“She was just so nice for me mid-race. She had a nice breather in the middle stages of the race and was able to build momentum and really let down off that.

"What a mare, God love her. Parr and Snowden, we combine again!

“I did a lot of riding for Peter Snowden back in the Darley days and now he is training with his son, Paul, they continue to be great supporters of mine,’’ added Parr.

“I’ve ridden more than 200 winners for the Snowden stable — we have been a fantastic combination and it means a lot to me that my first feature race winner back was for the Snowden’s.’’