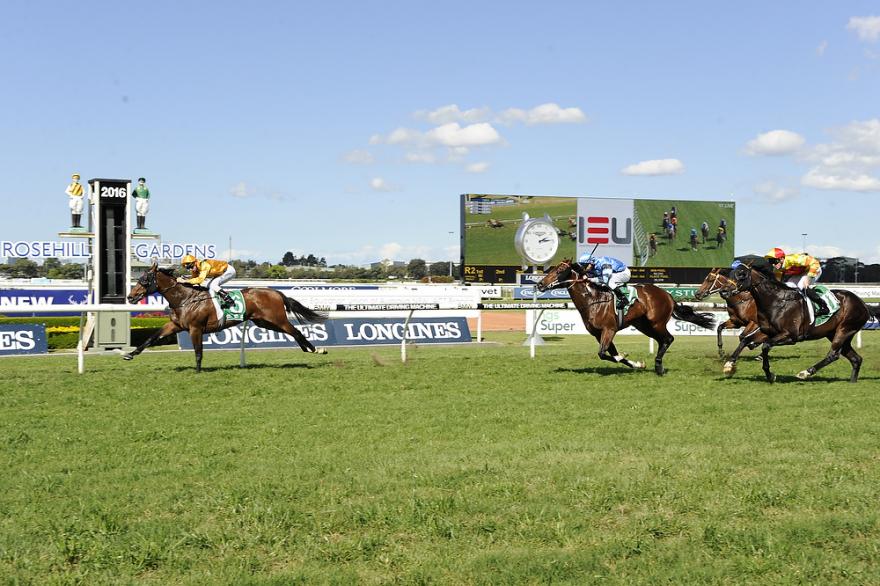 Promising colt Niccolance finally broke through in impressive style to take out the Independent Education Union Maiden Plate (1100m) at Rosehill on September 28.

The lightly raced three-year-old boasted some of the best form lines going around, having run second to Golden Rose winner Astern on debut and runner up to Golden Slipper winner Capitalist in the Wyong Magic Millions at his second start, but since then, it’s been a matter of letting the son of Nicconi mature and most importantly, find a firm track.

Co-trainer Peter Snowden was delighted with the way Niccolance led and controlled the race under Blake Shinn to bring home a two length victory ahead of Palladian, saying the wait for a good track surface was essential.

“It’s a good result and good confidence booster for the horse. We’ve had him nominated four or five times but I kept telling the owners to hang out until we got a good track because he’s a duffer on wet ground,” said Snowden.

“Today we finally got firm footing and he travelled nicely. We didn’t intend to lead but I told Blake to put him there early and see how the race unfolds.

“He was going to be three of four deep on the corner so Blake gave him a squeeze to get across and that was the right thing to do.

“I hope he goes on with it now because he’s always showed us a fair bit and has come through some good form lines.”

Shinn, who also rode smart colt Acatour to victory for Snowden Racing later in the day, believes Niccolance can really go on with it.

“We wanted to be positive, and didn’t know how the race was going to unfold but he was the best horse in the race in our opinion and I rode him accordingly. I felt initially we were going to be caught three wide early so I pressed on and had some nice sectionals mid-race.

“It’s great for the team of owners who've been very patient waiting for a dry track.

“I think he can go on with it. He’s always been talented, he’s a bit of a thinker but he’s in the right stable to get the best out of him.”