Acatour Backs Up With Big Victory 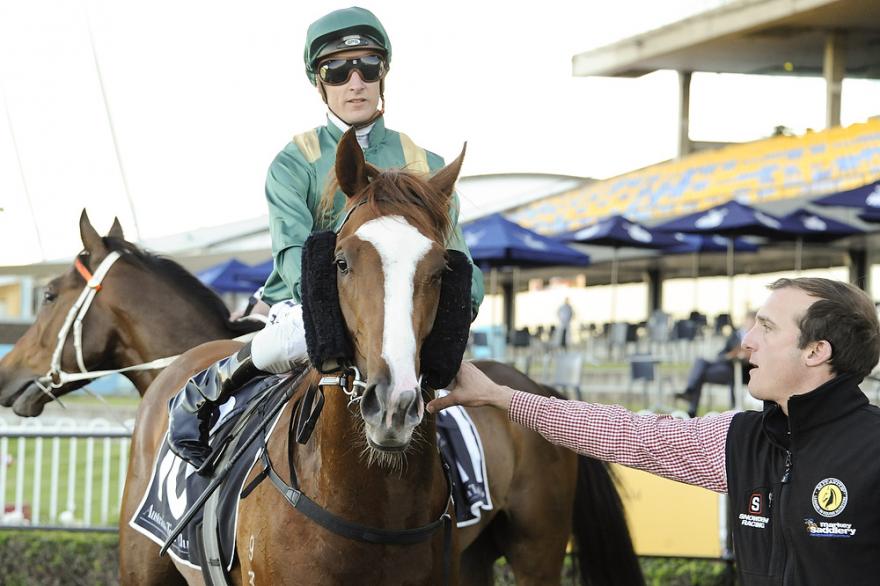 Acatour made it two straight victories when he saluted in the Teachers Health Fund BenchMark 76 Handicap (1500m) at Rosehill on September 28.

Stepping up in grade against open company, three-year-old Acatour settled well off the pace and three wide until Blake Shinn quietly worked him in to the contest rounding the home turn which saw the Sebring colt light up the track.

A dominant leader at the 200 metre mark, Acatour kicked away for a resounding three length win ahead of Balmain Boy for connections in the green and gold colours of James Harron Bloodstock.

“It was a big win and to beat the older horses is no easy task," said co-trainer Paul Snowden.

"We kept him here on purpose to see if he could measure up against older horses and he's passed with flying colours. It was dominant.

"He's got a bit of stoutness on his side and is going to stay, so how deep we get in to the spring, only time will tell but that was very authoritative."

With another step up in trip and grade on the cards, the Sebring colt could contest for black type next in the $500,000 Group 3 Caulfield Classic (2000m) on October 15 with a potential long term view to the prized Victoria Derby at Flemington, although a fair bit of water still needs to flow under the bridge yet.

"He's not nominated for the Derby so he's going to have to justify getting a start in that. I guess all roads point to there but which option we take, we're not sure yet.

“The Caulfield Classic is one race we would look at but we’ll discuss everything with the owners before making any firm decisions. Either way we think he’s a horse going places,” added Snowden.