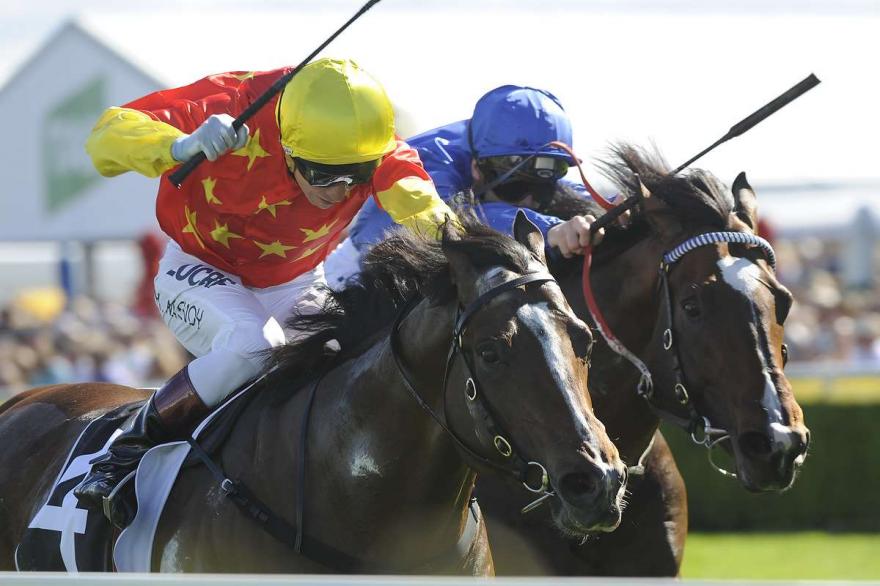 With on-pace runner El Divino coming out of the race there looked to be no speed on paper, therefore top jockey Kerrin McEvoy took the initiative from the outside gate, come across and dictated terms early to lead for an all-the-way win, beating race-favourite Astern and star stablemate Capitalist by a short margin.

"Peter and Paul left it up to me. We got it easy through the first three furlongs and then he just picked it up and they had to catch me,” explained McEvoy.

"I could hear something coming. I knew it was either Astern or Capitalist but it was all guns blazing in the last 50 metres.

“He is a quality little colt in his own right. Full credit to the horse, he has done a great job and his best is ahead of him for sure," McEvoy said."

"He has done what everyone has been scared to do all day - lead - and he was there for them to beat him," said co-trainer Peter Snowden.

"Full credit to him, he beat them fair and square. He ran great time and there is no fluke in that, he is a very talented horse."

"He is just a winner who keeps stepping up to the challenge."

“While the stablemate [Capitalist] performed extremely well, he over-raced at stages which didn’t help matters but take nothing away from the winner,” added Snowden.