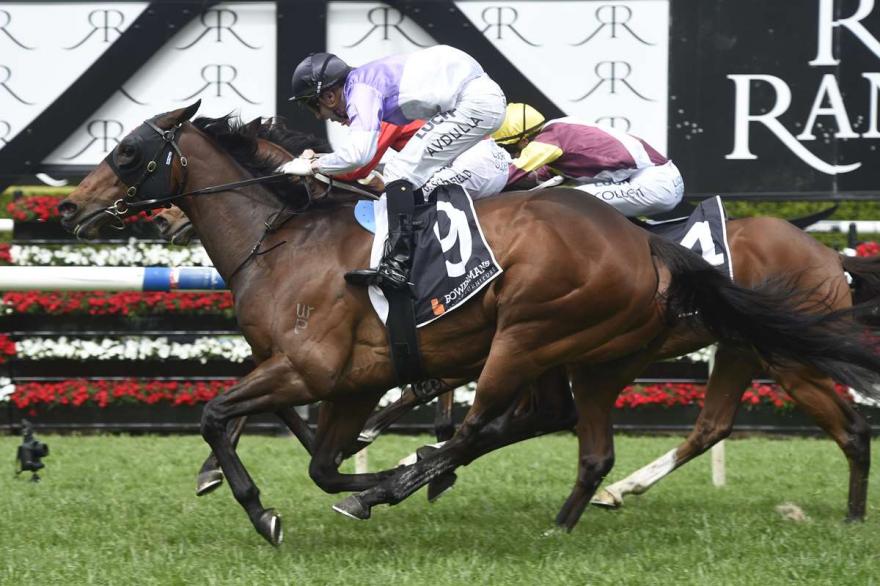 Four race winners between Randwick and Kembla Grange gave Team Snowden something to smile about on October 8.

Rated to perfection by Brenton Avdulla, the pair settled back and worked in to the race out wide on the home turn, for a barnstorming finish down the middle of the track to score by a head over Encosta Line.

“He over-raced early but it was a very good ride. He has always been going well this prep so it’s good to see him get the chocolates today,” said co-trainer Peter Snowden.

“We might step him up to open company over longer distances and see how far we can go.”

Next up in the winners’ circle was Greg and Donna Kolivos’ stayer Plot Twist who won over 2400m at Kembla Grange with Mitchell Bell on board. A gutsy ride and gutsy attitude from the horse made all the difference which resulted in a length and a half victory over Cass ‘n’ Black.

Hours later, Triple Crown-owned Denpurr dashed up the inside rail to take out the $100,000 Sensis Dash (1200m), giving Snowden Racing a winning treble at Randwick, while recording back-to-back victories this time in.

Partnered by Tye Angland, the gutsy four-year-old Denman mare stepped up in class from a BenchMark 78 to a BenchMark 85 Handicap to record her fourth career win from thirteen starts for $218,800 in career earnings, with more on the horizon.

“She showed a really nice turn of foot and appreciates the good ground,” said Angland