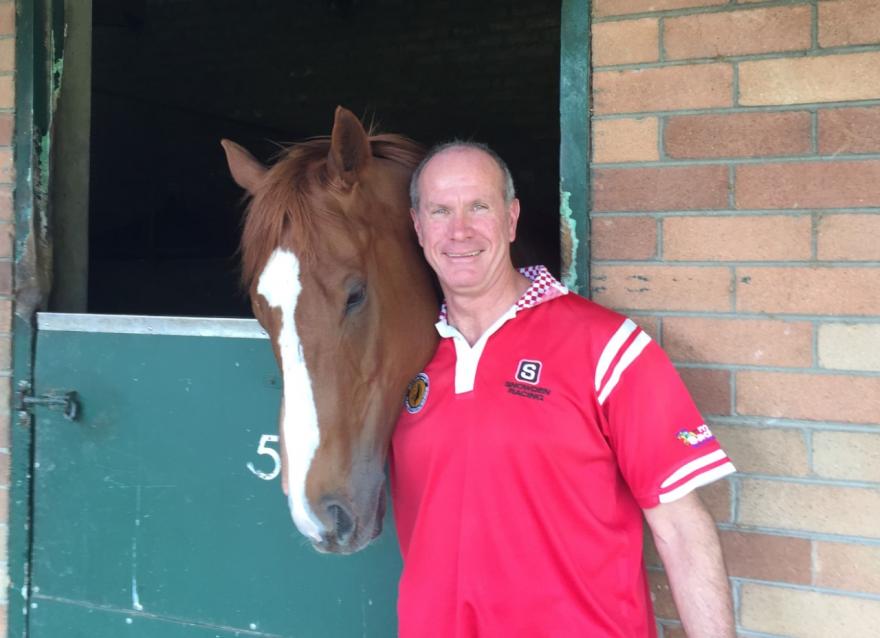 Effective race programming is a major key to the success of a racing stable. It’s the difference between winning and losing.

A good race programmer must know the horses’ level of ability, where they sit in their preparation in regards to that level of ability, how much improvement is left in them at any given time, understand speed maps and the art of handicapping, do race form and analysis, take into account track surface and type, and know the national race program backwards.

So in other words, one must be living and breathing the thoroughbred industry and be just as proficient, if not more, as a professional punter.

Snowden Racing is lucky enough to have one of the best race programmer’s in the business to help Peter and Paul place their horses in the most winnable races during a preparation and in line with owner ambitions. Meet Colin Denson.

Growing up in a family of punters where his job was to mark the Saturday scratching’s down from the radio, Denson first fell in love with thoroughbred racing as a young kid which eventually cultivated in to a career in racing administration.

“I’ve followed horseracing since being a kid. In fact there were jockeys in the family who rode overseas in England and Hong Kong many years ago but my parents and grandparents all enjoyed a punt and I guess that’s where I picked up the interest from.”

Denson kicked off this racing career at the Australian Jockey Club in the Registrar of Racehorses department, while also working as an assistant race starter before accepting an opportunity to become a professional handicapper when Racing NSW first commenced operation.

“Once Racing NSW formed I moved over there from the AJC. The Chief Handicapper at the time Mark Webbey, asked me to work for him so considering that I enjoyed doing the form and dealing with the trainers, I jumped at it,” said Denson.

“I ended up handicapping for ten years. We all had different races or areas to focus on in the team so mine was three-year-olds, sprint races and The Doncaster.

“Being a handicapper was great and challenging at times, especailly when it came to explaining your decisions to upset trainers, but you would be conscious of their frustrations and always willing to explain the rationale behind the decision you made in giving a horse a certain weight.”

But a decade at Racing NSW was enough for the humble handicapper, so he resigned just as Peter Snowden had taken over Woodlands which proved a blessing for timing.

“Peter had just taken over what was Woodlands but was transitioning to Darley in mid-2008, so he asked me to manage race programming at Darley. It was perfect timing and I really admired the way Peter went about his business so I worked with him there for six years and then followed the boys to Snowden Racing in 2014.

“My role is to find winnable races for a horse, and help Peter and Paul place the horses to an advantage so that means doing the form for those races and speed maps,” explained Denson.

“I can estimate how much a horse will get to carry on handicap races but you always have to look at how a horse is going to be suited to a race and weigh up all conditions like the suitability of the track and your allotted weight to carry.

“For example you may get a heavy 9 track which doesn’t suit the horse but you’re at a significant weight advantage, versus carrying top weight on a preferred track surface. There’s a whole range of varying circumstances for each horse and race, plus weather and conditions just aren’t on your side sometimes but it’s all part of the decision making process.

“Getting a win out of a horse is what I get a kick out of. Whether it’s a maiden or the bigger races, a win is a win and that’s the ultimate aim.”

Best horse ever seen: “Kingston Town – it’s a no contest. He would win at any distance and make three runs in a race. He could do everything in the running; sit off the pace, or sit on the pace. He didn’t really handle the Melbourne way of going but he still won there including three Cox Plates. That’s a champion.”