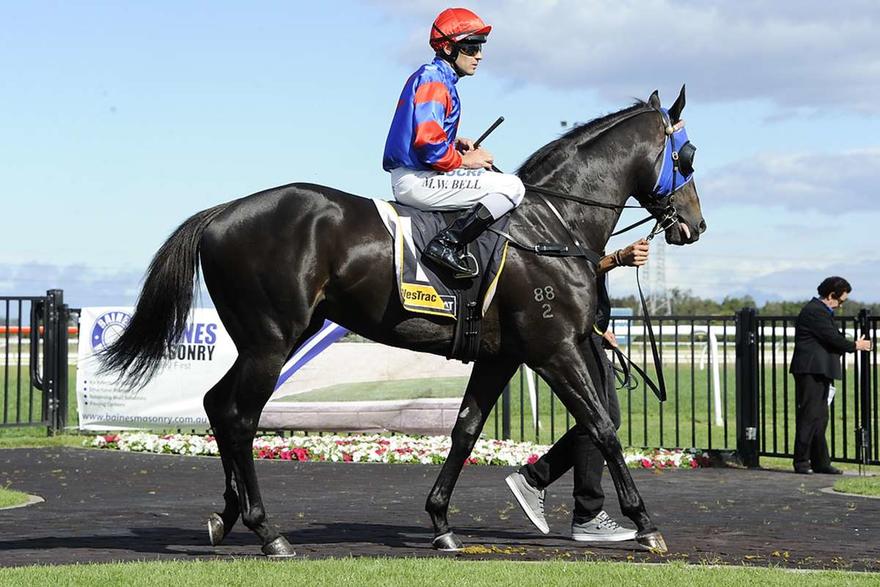 Dark Steel showed true grit for an all the way win in the $30,000 Class 3 Provincial Plate (1200m) under set weights and penalties at Kembla Grange on October 22.

Owned by Greg and Donna Kolivos, the handsome four-year-old son of Redoute’s Choice went straight to the front for Mitch Bell and dominated until a good old fashioned battle ensured with Old Sam Man in the final 100 metres. The race-favourite was too determined though and held off the challenger for a head victory, giving him a third career win from 12 starts, while boosting his prizemoney earnings to over $100,000.

The gutsy performance also gave the Kolivos family a winning double within 24 hours courtesy of Gibraltar Girl saluting the night before at Canterbury.

“His trials coming in to this race were good and we know he races well fresh so it was very pleasing to see him get the job done,” said co-trainer Paul Snowden.

“I thought he might have caved in when the other horse headed him in the concluding stages but he showed good fight. He wanted to win.”